Beloved Osho, Are the Upanishads and Zen the same? 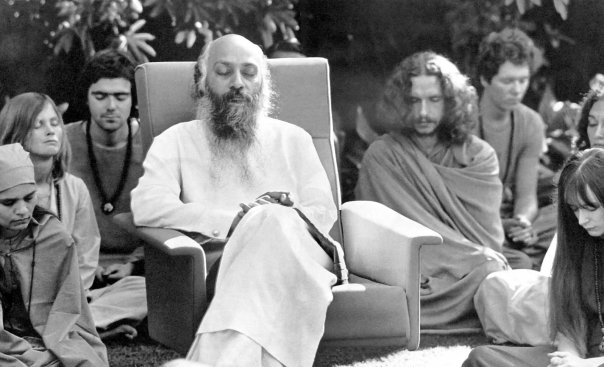 Question – Beloved Osho, Are the Upanishads and Zen the same?

Osho – They are not. The upanishad is a happening between the master and the disciple, Zen is the happening in the disciple himself. The master may help him, may create devices, show the path – but Zen is basically an individual experience. It is not like love. It happens in your aloneness. It is not a relationship.

Upanishad is a more human phenomenon than Zen. It is closer to human reality because it is closer to love. It can be understood more easily, because it is very difficult to find a person who has not tasted something of love in some moments. There is some experience which can be used to explain to him what happens when a master and a disciple dissolve into each other. So the first thing: the upanishad is a totally different phenomenon than Zen.

So on the one hand I say they are totally different.
On the other hand, I say they are exactly the same.
And there is no contradiction in these two statements.
The paths are different but the ultimate finding is the same.

Zen is an arduous path, a hard and long way. But it is up to you – there are people who love to go the hard way. The simple way does not appeal to them; the hard way is exciting. Upanishad is not a hard way. It is a very simple and relaxed experience. It is the shortest way possible to the ultimate reality.

But there are different kinds of people in the world; they all need different paths to reach to their fulfillment. These are the two extremes. In this sense, Zen and upanishad are as far away from each other as two points can be; and yet, the final conclusion is always the same. One is a hard way, a long way, but a few people need it.

One mystic in Sri Lanka was dying. He declared that the next morning he would be dying. He had thousands of followers; they all gathered. He was old, almost ninety years, and he had been teaching these people for sixty years. And the Buddhist teaching is a very hard way. But the mystic, at the point of death said, ”I have been teaching you the way I have followed, the way that has helped me to attain to the ultimate. But I now know that there is a shortcut in reaching to the ultimate too – so short that if somebody wants to go with me, stand up! I am leaving.”

People looked at each other, at those about whom they thought, ”These are very religious people, perhaps they may stand up. As far as I am concerned there are so many problems.”

Nobody stood up. Only one man raised his hand.
The old man said, ”Even that is a great consolation to me. But why are you not standing up?”
He said, ”Because I don’t want to go right now, but I want to know here the shortcut is in case at some time I want to go. Why bother with the hard and long way? That’s why I just raised my hand. I cannot stand up. As far as the hard way is concerned, we know – because for sixty years you have been teaching it. And at the last moment…. You are a strange fellow. At least tell us where the short way is!”

The mystic said, ”The short way has a condition: it is only for those who are ready to go right now. I give another chance – stand up!”

Even that man’s hand went down, and there was utter silence. And everybody was looking at each other…. The old man died.

People want the way to be hard and to be long because this is a good excuse for avoiding – because the way is so long and so hard… life is so short and so many problems, so many responsibilities; so much has to be done. The children are growing up, they have to be married, the business is not good – or the business is so good that this is not the moment to meditate.

The upanishad does not even ask you to sit silently doing nothing. Even doing nothing is a doing. The whole approach of the upanishad is so totally different… the disciple is available, the master is overflowing, and something transpires. Nobody is doing it. Nobody can take the credit for it; hence, I say the way of the upanishad is the most mysterious way in the whole human consciousness and its evolution. Zen is mysterious, but yet it can be understood. Upanishad is simply mysterious, there is no way of understanding it. You can have it, you can dissolve into it, but there is no question of explanation – only experience.