Beloved Osho, Can one Meditate too much 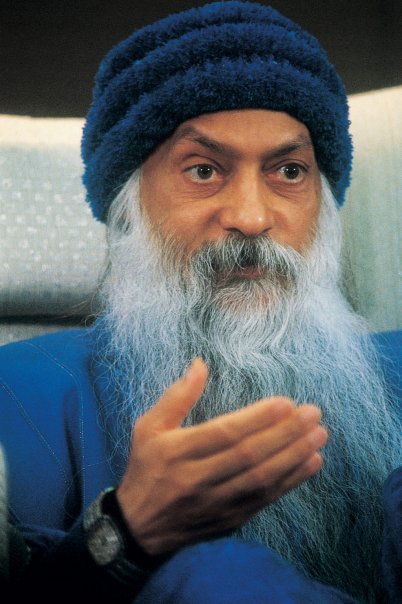 Question – Beloved Osho, Can one Meditate too much?

Osho – Shanti Animisha, there are things which you can never do too much. For example, you cannot love too much; more is always possible, and there is no limitation anywhere.

I am taking the example of love because that will be easily understood. The same is true about meditation: you cannot meditate too much, because silence knows no bounds — it is an abysmal depth. You can go on and on, and you will find there is always much more to be explored. There comes no point in meditation when you can say, “Now it is the full stop.” There is no such thing as a full stop, because you are carrying the whole sky within your heart, a whole universe in your being.

Meditation is trying to find the ultimate limit. You always feel that you are coming closer to it; you are always coming closer, and closer, and closer. It is always coming closer, but you never reach it, because the limit that you seek is just like the horizon — you can go towards the horizon, thinking that it looks only a few miles away at the most, where the earth and the sky are meeting, but they do not meet anywhere. So as you go on, your horizon also goes on receding; you will never reach to the horizon. What is true about the inner consciousness is also true about the outer space.

Albert Einstein used to think, when he was young, that there must be a limit somewhere — because mind cannot see the unlimitable. It may be very far away, millions and millions of light years-away, but it must be there. But as he continuously worked on the stars and space, slowly, slowly he became aware that there is no limit at all.

And there cannot be, because a limit needs something else to make a limit out of it. For example, your house has a fence because there are other houses in the neighborhood. Your fence cannot exist if there is nothing beyond it.

Space is a nothingness in which stars are moving, millions of stars — three million stars have been counted up to now. You may or may not be aware that in the night when the sky is absolutely clear of clouds and you see the stars, you don’t see more than three hundred — but even three hundred seems to be so many. And if you don’t believe me, try to count. It is a very difficult task — from where to begin? And again and again you will be coming to a point: have I counted this star or not?

Einstein said, “It all depends how refined the instruments we have are. Go on refining your instruments, and the stars will go on becoming more and more available to you.”

Scientists have not been able to find the center of the universe, but there must be some center, it seems, from which the stars are running away, farther and farther, with tremendous speed — at the same speed as the speed of light: one hundred eighty-six thousand miles per second.

Hence, the new idea has come of an expanding universe. It is no longer a fixed thing, it is continuously expanding — and expanding into what? An immense nothingness, pure space; and that space has no limit. And we don’t know whether we will be able to know about all the stars, because it will all depend on our instruments. Every day, many stars are being found.
This expanding universe can give you a parallel: inside there is an expanding consciousness. In meditation you start feeling the expanding consciousness — there is no limit to it.

One thought on “Beloved Osho, Can one Meditate too much”