Beloved Osho, I am a sinner. Can I also become your Sannyasin? 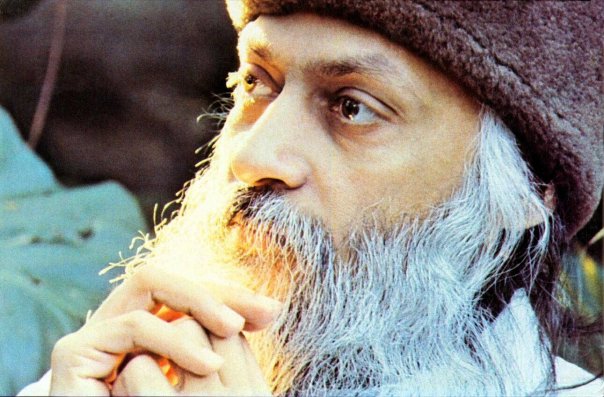 Question – BELOVED OSHO, I AM A SINNER. CAN I ALSO BECOME YOUR SANNYASIN?

Osho – Govind, yes, absolutely yes! In fact, only a sinner can become a sannyasin. Those who think themselves saints, holier-than-thou, they are the closed people, they are the dead people. They have become incapable of living, incapable of celebrating.

Sannyas is celebration of life, and sin is natural: natural in the sense that you are unconscious — what else can you do? In unconsciousness, sin is bound to happen. Sin simply means that you don’t know what you are doing, you are unaware, so whatsoever you do goes wrong.

The real problem arises with people who are full of knowledge. All that knowledge is borrowed; hence, rubbish. The people who think they are virtuous because they have created a certain character around themselves are the people lost to God. Your so-called saints are the farthest away, because God is life, and your saints have renounced life. In renouncing life they have renounced God too.

God is the hidden core of THIS life. This life is just the outermost part, the circumference; God is the center of it all. To renounce the circumference, to escape from it, is to renounce the center automatically. You will not find God anywhere. The farther away you go from life, the farther away you will be from God. One has to dive into life, and of course when you are unconscious you will miss the target many times.

The original Hebrew word for sin is very beautiful. By translating it as “sin,” Christians have missed the very message of Jesus. The original Hebrew word for sin is so totally different from your idea of sin that it will be a surprise to you. The root word means forgetfulness; it has nothing to do with what you are doing. The whole thing is whether you are doing it with conscious being or out of unconsciousness. Are you doing it with a self-remembering or have you completely forgotten yourself?

Any action coming out of unconsciousness is sin. The action may look virtuous, but it cannot be. You may create a beautiful facade, a character, a certain virtuousness; you may speak the truth, you may avoid lies; you may try to be moral, and so on and so forth. But if all this is coming from unconsciousness, it is all sin.

It is because of this that Jesus has a tremendously significant saying. He says, “If your right eye causes you to sin, take it out and throw it away. It is much better for you to lose a part of your body than to have your whole body thrown into hell.”

Now, if you don’t understand the real meaning of sin, you are bound to misinterpret the whole statement and Jesus will look too harsh, too hard, too violent. Saying, “If your right eye causes you to sin, take it out and throw it away,” does not look like a statement of Jesus. A man of profound love and compassion — he cannot say it, he cannot be so violent. But this is how Christians have interpreted him.

What he means is: whatsoever causes you to forget yourself, even if it is your right eye…. That is just to emphasize the fact. It is simply a way of talking, an emphasis: “If your right eye causes you to forget yourself, then take it out and throw it away.” He is not saying anything which has to be taken literally; it is a metaphor. He is saying that it is better to be blind than to be forgetful of yourself, because the blind man who remembers himself is not blind, he has the real eye. And the man who has eyes, if he has forgotten himself, what is the use of having eyes? He cannot see himself — what ELSE can he see?

Govind, your question is beautiful. You say, “I am a sinner….” Everybody is! To be born in this world means to be a sinner. But remember my emphasis: it means to forget oneself.

That’s the whole purpose of the world: to give you an opportunity to forget yourself. Why? — so that you can remember. But you will ask — and your question will look logical — “If we already remembered before, then why this unnecessary torture that we have to forget ourselves and THEN remember again? What is the point of this whole exercise? It seems to be an exercise of utter futility!” It is not; there is great significance in it.

We have lived in God, we all come from the original source of existence, but we have to be thrown out into the world so that we can start searching for God again, searching for the ocean — thirsty, hungry, starving, longing. And the day we find it again there is great rejoicing. And it is not anything new.

The day Buddha became enlightened he laughed and he said to himself, “This is very strange! What I have gained is not an achievement at all, it is only a recognition. I had it always, but I was unaware of it.”

The only difference between a sinner and a sage is that the sinner is full of forgetfulness, and the sage is full of remembering. And between these two is that hocus-pocus being called the saint. He does not know anything, he does not remember anything. He has heard other sages or may have read the scriptures, and he repeats those scriptures like a parrot — not only repeats but practices also. He tries to behave like a sage. But any effort to behave like a sage shows only one thing: that you are not a sage yet.

The sage lives simply, spontaneously; there is no question of effort at all. He lives life just as you breathe. He is very ordinary; there is nothing special about a sage. But the saint is very special, because the saint is trying to DO something. And of course he is making a great effort, because it is not his own understanding.

So he is continuously torturing himself to behave rightly, violently forcing himself to behave rightly. Naturally, he expects much respect from you. He can go on doing all this masochism, this self-torture, if you give him respect. Just think: if the so-called respect given to the saints disappears, out of one hundred of your saints, ninety-nine point nine percent will immediately disappear. They are living only for the ego.

It is good, Govind, that you realize that you are a sinner. This is the beginning of something tremendously significant. You can be a sage; all that you have to avoid is being a saint! That is the trouble: the saint is the false coin which looks exactly like the real coin; in fact, it looks more real than the real one. It has to, because it has to deceive people. Avoid being a saint.

I don’t teach you character, I teach you consciousness. Hence, I am not at all interested that you are a sinner and that you have been doing all kinds of sins — that is irrelevant. It is accepted that in your unconsciousness what else can you do?
I accept you with total love, respect.

Many times I have been told, particularly by the so-called saints, “You go on giving sannyas to everybody — this is not right. Sannyas should be given only to people of character!”

It is as if you go to a physician and he says, “My condition for giving you medicine is that I give it to you only when you are healthy. Come to me when you are healthy. I never give medicines to people who are ill, I never waste my medicines on ill people! First become healthy and then come to me.” You can understand the absurdity of that.

If I say to somebody, “First go and become WORTHY of sannyas, then come to me,” that means that if he can become worthy of sannyas by his own effort, then why cannot he become a sannyasin by himself? What is the need for him to come to ME? He needs help, and anybody who ASKS for help should be given help, and it should be given unconditionally.

There is a beautiful statement of Mevlana Jalaluddin Rumi, one of the greatest Sufi masters ever. Govind, take it to your heart.