Beloved Osho, What is Sannyas 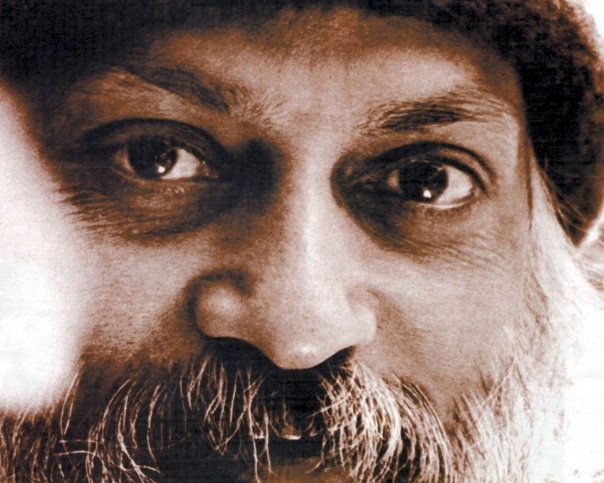 Question – Beloved Osho, What is Sannyas?

Osho – Moses, sannyas is a crazy way of living life. The ordinary way is very sane, mathematical, calculated, cautious. The way of sannyas is non-calculative, beyond mathematics, beyond cunningness, cleverness. It is not cautious at all; it is knowingly moving into danger.

Friedrich Nietzsche lived in a very cowardly way. He had great ideas — just as all philosophers have — but they were mere ideas. The life and the ideas of philosophers are polar opposites: they say one thing; they do exactly the opposite. There is no rhythm in their being; they are going in all directions simultaneously.

But those two words, “Live dangerously,” are significant. Sannyas is a way to live your life in total danger. What do I mean when I say sannyas is living dangerously? It means living moment to moment without any past. The past makes your life convenient, comfortable, because the past is known; you are familiar with it, you are very efficient with it. But life is never past, it is always present. The past is that which is no more, and life is that which is. Life is always now, here, and all your knowledge comes from the past. Trying to live the present through the past is the way of the coward; it is the calculated way. People call it sanity, but it is very superficial and never adequate. There is no rapport with the present.

That’s why millions of people are so utterly fed up with life. Life is such a gift, and people are fed up with it. It is very strange and amazing. Why should people be so fed up with life? The reason is not life itself; the reason is they are carrying the mountainous load of the past: all their experiences, knowledge, information — what others have told them. They have accumulated great junk and they are carrying that junk. And the load is so heavy, and their eyes are covered with so much dust, that they cannot see the beauty of the present. And whatsoever they do see is something other than the reality.

The rural preacher ended his long, dull sermon by requesting the board of deacons to remain for a few minutes after the service. In the group which stayed on was a stranger.
“Pardon me, sir,” said the minister politely, “but I asked that only the board remain.”
“That’s why I stayed on,” retorted the man. “I was never more bored in my life!”

Your religions are boring you, your philosophies are boring you, your scriptures are boring you. Thousands of years of the past are the cause of your boredom. You cannot dance — you are chained to the past, you are imprisoned in the past. Sannyas means escaping from that prison. The prison may be of Hinduism or Mohammedanism or Christianity or Judaism or Jainism — it does not matter what the name of the prison is. On the earth there are three hundred religions; that means three hundred kinds of religious prisons. And there are thousands of ideologies; they are also prisons within prisons. And there are sects and subsects…. You must have seen Chinese boxes — boxes within boxes within boxes. You open one box, then another; you open that and then another; you go on opening and you always find a smaller box within. Each prison has more prisons inside it. Ultimately you are left only in a dark cell.

Sannyas is rebellion against all slavery; it is living life in absolute freedom. To live life in absolute freedom, without traditions, without conventions, without religions, without philosophies, without ideologies — political, social, and others — to live unburdened is sannyas. But it will look crazy to the whole world. Freedom looks crazy because everybody is living an imprisoned life. To prisoners, the person who escapes from the prison looks crazy, because for them prison is comfortable, convenient, secure, safe.

A Hungarian secret police colonel was inspecting a strip of the border.
“Too many people have been slipping across at this point,” he informed the guards. “I have been ordered to test your security precautions.”
After deploying the guards at strategic points, the colonel began creeping on all fours toward the barbed wire.
“Can you see me now?” he called out. When they cried back “Yes,” he started again. On the third attempt he slipped under the fence.
“Can you see me now?” he called back.
“No, Comrade Colonel,” was the answer.
“Then you will never see me again!” the officer shouted as he hastened on his way to freedom.

Sannyas is an escape from the prison — Catholic or communist, it does not matter; it is an escape into the open. To live moment to moment is a crazy way, a poetic way, the way of the lover. People are living lives of prose — clear-cut but mundane, superficial. Anything which is very clear-cut is bound to be superficial. Life is mystery, and the only way to commune with it is through poetry, not prose.

And I agree with Zorba. Sannyas gives you a little bit of madness, but that little bit of madness brings rainbows to your life. Multidimensional is that little bit of madness. It opens many doors which have remained closed for thousands of years. It allows the sun and the rain and the wind to come in. It gives you a chance to whisper with the clouds and the stars. It is a way of falling in love with existence. To live without falling in love with this tremendously beautiful existence is very stupid, ridiculous. That is missing the whole opportunity of being, of being alive, of being intensely alive, passionately alive.

Sannyas is a risk! The people who cannot take any risk cannot be sannyasins. Hence the people who are Hindu sannyasins are not real sannyasins; they are still clinging to the safety of the Hindu tradition. The VEDAS and the BHAGAVADGITA and the RAMAYANA — the whole past gives them the feeling that they are on the right track: “How can so many people be wrong?” They are following like sheep — a large crowd of sheep, ancient, very ancient, prehistoric! The more ancient a tradition is, the safer it looks.

The person who cannot risk, deals with life in a businesslike way — tries to cheat life, exploit life. He tries to give less and get more, because that is the way of profit. The sannyasin does not care at all about getting anything back from life; he simply gives in sheer trust, and he receives a millionfold. But that’s another matter; that is not his consideration at all. The man who is trying to exploit life will not get much out of it, and whatsoever he does get will remain inessential. He will remain a beggar and he will die a beggar. He will never know what it means to be an emperor.

The sannyasin knows what it means to be an emperor, because he simply gives; he enjoys giving, he loves sharing. And the miracle of life is: the more you give the more you have. When you give totally, the whole sky descends on you, the whole beyond becomes your within. Sannyas is hope — hope against all hope. People have lost all hope; they are living hopelessly. They are living simply because they are cowards and cannot commit suicide.

The existentialist philosophers are right when they say that the most important philosophical problem is suicide: to live or not to live, to be or not to be. If this is life that ordinary people are living, then it does not seem to be worth living at all. What is the point of getting up every morning and going through the same empty gestures you have gone through thousands of times? The same breakfast, the same nagging wife, the same ugly husband; the same suspicions, the same possessiveness, the same jealousy, the same anger, the same ambition; rushing to the office, the same boss — everything is the same, a constant repetition.

And again coming back home and sitting in front of that idiot box called the television, and looking at the same story, the same triangles — two women and one man or two men and one woman — the same story, the same triangle! And you already know the conclusion; in fact, you can write the whole story yourself. But what else to do? Playing cards, listening to the radio, reading the newspaper — it is almost the same. And then to bed again, and the same nightmares…. Nothing seems to be of any significance, and you have done it all, and many times.
The existentialists are raising a significant question: Why go on living? The only reason seems to be that people are afraid of dying, they are cowardly. They are living hopelessly because at least they have not chosen to live. Death has to be chosen, and they cannot take any decision on their own.

The way of sannyas is the way of tremendous hope, trust. Life is basically good, beautiful, divine, so if we are missing then something is wrong with us, not with life itself. Life is so beautiful that it makes even death beautiful.

Sannyas, Moses, is not a way of doing anything, it is a way of being. It changes your inner world and, of course, your outer world changes with it, but that is secondary. It changes your center, it changes your awareness, and then your behavior, your actions. Whatsoever you do has a new quality to it, a grace that descends from the beyond — a song said or unsaid, sung or unsung, but it is there within your heart, a dance, the quality of dance to your feet….

Hence, Moses, I say it is a crazy way of living, but that’s the only way to live life rightly. A poetic way, the way of the lover — but only love knows. Logic is blind, love has eyes. Only love can see the ultimate truth that surrounds you within and without.