Beloved Osho, Why does everyone want to pretend to be what they are not 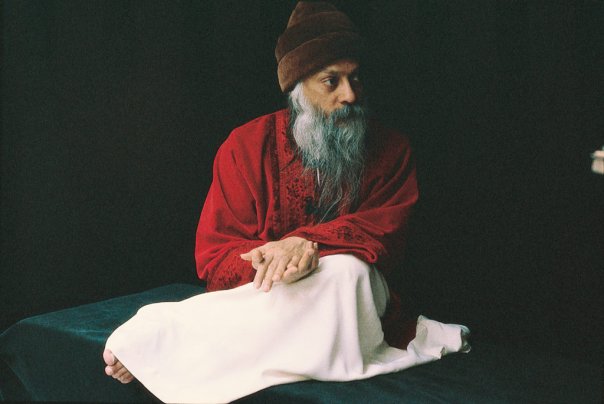 Question – Beloved Osho, Why does everyone want to pretend to be what they are not? What is the psychology behind it?

Have you ever thought about it? — the human child is the most helpless child in the whole animal kingdom. All the animals can survive without the support of the parents and the crowd, but the human child cannot survive, he will die immediately. He is the most helpless creature in the world — so vulnerable to death, so delicate. Naturally those who are in power are able to mould the child in the way they want.

So everybody has become what he is, against himself. That is the psychology behind the fact that everybody wants to pretend to be what he is not. Everybody is in a schizophrenic state. He has never been allowed to be himself, he has been forced to be somebody else that his nature does not allow him to be happy with.

There are all kinds of forces around. In Bombay there are people whose whole business is to steal children and make them crippled, blind, lame, and force them to beg and each evening to bring all the money that they have gathered. Yes, food will be given to them, shelter will be given to them. They are being used like commodities, they are not human beings. This is the extreme, but the same has happened with everybody to a lesser or greater extent. Nobody is at ease with himself.

I have heard about a great surgeon who was retiring, and he was very famous. He had many students and many colleagues. They all gathered, and they were dancing and singing and drinking — but he was standing in a dark corner, sad.

One friend came up to him and asked, “What is the matter with you? We are celebrating and you are standing here so sad — don’t you want to retire? You are seventy-five; you should have retired fifteen years ago. But because you are such a great surgeon, even at seventy-five nobody can compete with you, nobody comes even close to you. Now, retire and relax!”

He said, “That’s what I was thinking. I am feeling sad because my parents forced me to become a surgeon. I wanted to be a singer, and I would have loved it. Even if I was just a street singer — at least I would have been myself. Now I am a world-famous surgeon, but I am not myself. When people praise me as a surgeon, I listen as if they are praising somebody else. I have been given awards, doctorates, but nothing rings a bell of joy in my heart — because this is not me. This being a surgeon has killed me, destroyed me. I wanted to be just a flute player, even if I had to be a beggar on the streets. But I would have been happy.”

In this world, there is only one happiness and that is to be yourself. And because nobody is himself, everybody is trying somehow to hide — masks, pretensions, hypocrisies. They are ashamed of what they are.

We have made the world a marketplace, not a beautiful garden where everybody is allowed to bring his own flowers. We are forcing marigolds to bring roses — now from where can marigolds bring roses? Those roses will be plastic roses, and in the heart of hearts the marigold will be crying, and with tears, feeling ashamed that “We have not been courageous enough to rebel against the crowd. They have forced plastic flowers on us, and we have our own real flowers for which our juices are flowing — but we cannot show our real flowers.”

You are being taught everything, but you are not being taught to be yourself. This is the ugliest form of society possible, because it makes everybody miserable.

I have heard of another great man, a great professor of literature who was being retired from the university. All the university professors had gathered, all his friends had gathered, and they were rejoicing. But suddenly they became aware that he was missing. One of his friends, an attorney, went out… perhaps he in was the garden. But what was he doing there? He was sitting under a tree.

The attorney was his closest friend, a boyhood friend. The attorney said, “What are you doing here?”
He said, “What I am doing here? Remember fifty years ago? — I came to tell you that I wanted to kill my wife. And you said, `Don’t do any such thing. Otherwise — fifty years in jail.’ I am thinking that if I had not listened to you, today I would have been out of jail, free. He said, “I am feeling so angry that a desire comes to me — why should I not at least kill you! Now I am seventy-five. Even if they put me in jail for fifty years they cannot keep me there for fifty years. Within five, seven years I will be dead. But you were not a friend; you proved to be my greatest enemy.”

They have created it — it really is public business, not private business. The same crowd that has created all the reasons for your misery finally says to you: “Your misery is your own, but when you come out, come out smiling. Don’t show your miserable face to others.”

This they call etiquette, manners, culture. Basically, it is hypocrisy. And unless a person decides that “Whatever the cost, I want just to be myself. Condemned, unaccepted, losing respectability — everything is okay but I cannot pretend anymore to be somebody else”… This decision and this declaration — this declaration of freedom, freedom from the weight of the crowd — gives birth to your natural being, to your individuality.

2 thoughts on “Beloved Osho, Why does everyone want to pretend to be what they are not”