Beloved Osho, Why is it so difficult for me to laugh? 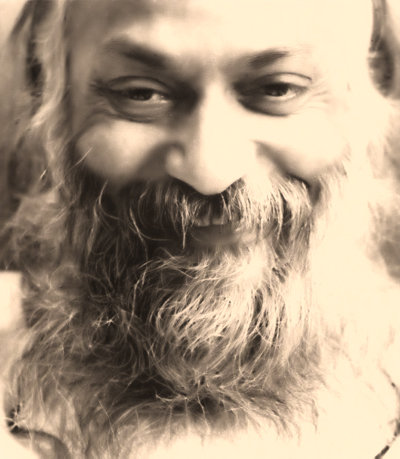 Question – Beloved Osho, Why is it so difficult for me to laugh?

Osho – Sudheer, it must be that you have come here conditioned by wrong people. And the wrong people constitute the majority, almost ninety-nine point nine percent. The religious, the moralists, the puritans — they are all serious people. They destroy the very possibility of laughter in you. They destroy the very sense of humor in you. To them, humor is something earthly, mundane. That’s why Christians say Jesus never laughed. That is absolutely wrong. I know Jesus. It is impossible that Jesus never laughed. It cannot happen. But the Christians go on believing in this — that Jesus never laughed. Two thousand years of seriousness has made it incomprehensible that a man like Jesus can have a sense of humor.

Look at the statues of Jesus that Christians have made. He looks so serious, as if he has been on the cross for thirty-three years. And the cross became very significant to Christianity for the simple reason that the very idea of the cross will destroy all sense of humor in you. The cross has become the symbol of their religion. Krishna is far closer to life. The flute is the symbol of life, not the cross. And have you seen the pictures of Krishna? Dressed beautifully, standing in a dancing posture, the flute in his hands on his lips, it looks like he is going to sing a song at any moment. He looks so alive, and he is wearing a beautiful crown of flowers with peacock feathers. This is far truer to life. That’s how life is. It is tremendous joy.

But Buddhists say that Buddha does not even smile. And Jainas say that Mahavira has no sense of humor, cannot have. All these people are trying to create a certain idea of religiousness which is devoid of laughter. It is as if man’s misery is not enough for them, and they want man to become even more miserable. They tell you, “Carry your cross on your shoulders” — as if your life is not already a cross.

Bodhidharma laughed for seven days when he became enlightened — nonstop. His friends became very worried; they thought he had gone insane. They asked him, “What is the matter? Why are you laughing?”
He said, “I am laughing because now I see the whole ridiculousness of my search. I have been searching for lives together for the truth, and it has always been within me. What I was searching for was in the seeker himself. I was looking everywhere and it was within me. I was running hither and thither and there was no need to run anywhere. I could have just calmed myself down, and it was mine. It has always been mine. From the very beginning it was within me. It is my innermost being, my very being.

“The seeker is the sought — that’s why I am laughing. I cannot believe how I could remain in such a deception for so long, how I managed to be such a fool. And I am also laughing because I see all around millions of people searching in the same way — searching for bliss, for God, for truth, for nirvana — and all that they are searching and seeking and looking for can be found within themselves. There is no need to go anywhere. There is no need to do anything. Just close your eyes and look within, and the kingdom of God is yours. Hence, I cannot stop laughing.”

The sense of humor is very significant, particularly for my sannyasins, because I am introducing a new kind of religiousness to the world: a non-escapist religiousness, a religiousness which is not against life. I would like you to be Zorba the Greek and Gautam the Buddha together, simultaneously. Less than that won’t do. Zorba represents the earth with all its flowers and greenery and mountains and rivers and oceans. Buddha represents the sky with all its stars and clouds, and the rainbows.

Both together — and a dance comes into existence. The earth and the sky dancing together — and there is laughter, there is joy, there is celebration. Sudheer, look around, watch life. Don’t be too bothered with religious scriptures. Ninetynine percent of those religious scriptures are written by people who know nothing of religion. They are written by scholars, theologians. They are written by ascetics, anti-life people. The person who is anti-life is bound to be anti-laughter, anti-love — he will be anti-everything. His whole life is nothing but a denial, a constant denial. He is suicidal, he goes on cutting himself chunk by chunk. He is destructive, he destroys himself — how can he laugh?

I teach you life, I teach you love, I teach you how to sing, how to dance. I teach you how to transform your life into a festival, into a carnival of delight. Hence, laughter has to be one of the most essential qualities. Even if you cry and weep, your tears should have the quality of laughter in them. They should come dancing and singing; they should not be tears of sadness and misery. They should be tears of overflowing cheerfulness, of bliss. This is possible not through scriptures, but only if you look at life. All that is needed is a clarity.

Sudheer, you are an Indian — that creates difficulty. When you look at life, inside you are reciting the BHAGAVADGITA, RAMAYANA…VEDAS are going on and on. You are chanting VISHNU SAHASTRANAM — the one thousand names of God. How can you see life? Stop all this nonsense. Be silent and look at life, and you will find surprises everywhere — each moment, on
each step.

During the second world war, a house in a London suburb is nearly totally destroyed by a direct hit of a rocket. All the inhabitants survive; only one man is missing. Suddenly, they hear a tremendous laughter coming out of the toilet which stands undestroyed amongst the ruins. The man climbs out of it still laughing loudly, and they ask him, “What the hell are you laughing about?”
“Well,” he says, “isn’t it funny? I pull the chain and the whole house collapses!”

Just look around and you will find a thousand and one ways to laugh….