Osho – A God born out of love is a true God 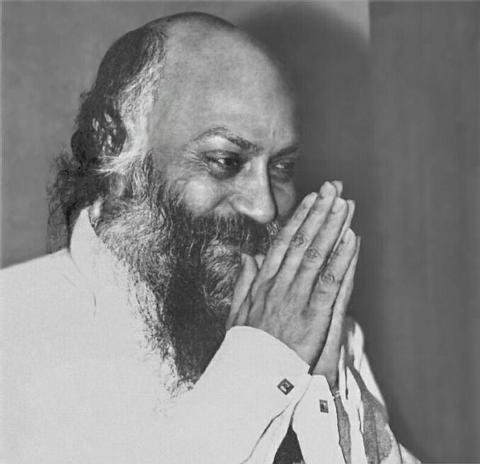 Osho – Punitam means the sacred — and that is one of the qualities that is missing, missing very much in the modern world, in modern consciousness. Modern man is the first man in the whole history to have no idea of sacredness, to be living a very mundane life. He is interested in money, power, prestige, and he thinks that’s all. It is such a stupid notion.

His life is surrounded by small things, very small. He has no idea of anything bigger than himself. He had denied God, he has said that God is dead. He has denied life after death, he has denied life within. He believes only in the superficial; he believes in the circumference but goes on denying the center; hence we see such boredom all around. It is natural, because without something bigger than you to relate to, your life is going to be tedious, boring. A life becomes a dance only when it is an adventure. And it can become an adventure only when there is something higher than you to achieve, to reach.

The sacred simply means that we are not the end, that we are only a passage, that all has not happened, that much has yet to happen. In fact the real has not happened yet. We are only seeds. The seed has to become a sprout, the sprout has to become a tree, the tree has to wait for the spring and the tree has to explode into thousands of flowers and release its soul into the cosmos. Only then will there be fulfillment…. and the sacred is not far away; we just have to start enquiring about it. In the beginning we are groping in the dark, of course, but soon things start falling in tune, soon we start having glimpses of the beyond, some unheard music starts reaching our hearts. It stirs our being, it starts giving us a new color, a new joy, a new life.

Man has the potential of becoming a song of love, a dance of love, but very few people, very rare people, transform their potential into the actual. They are born as seeds, they die as seeds. Their life remains nothing but a long experiment in futility. And the older they grow, the more frustrated they become, naturally, because all their hopes are being shattered, all their desires are bringing nothing but tears, agony, anguish. As the time passes they become aware that whatsoever they have ben doing with their life has been of no value. How can they sing? How can they dance? How can they feel grateful to God? It is impossible.

My observation is that people go to the temples and the synagogues and the churches only out of fear, not out of love. Yes, older people go more often because they have become more afraid of death. They don’t go to the church or the temple because they have known something tremendously valuable in life, but because life is slipping out of their hands and the great darkness of death is coming closer and they are afraid; they want someone to protect them. Now they know that their money is not going to be with them, their friends are not going to be with them, their families will leave them. Out of desperation they start clinging to the idea of God. But this is not out of love and this is not out of gratitude. And a God born out of fear is a false God. A God born out of love is a true God.