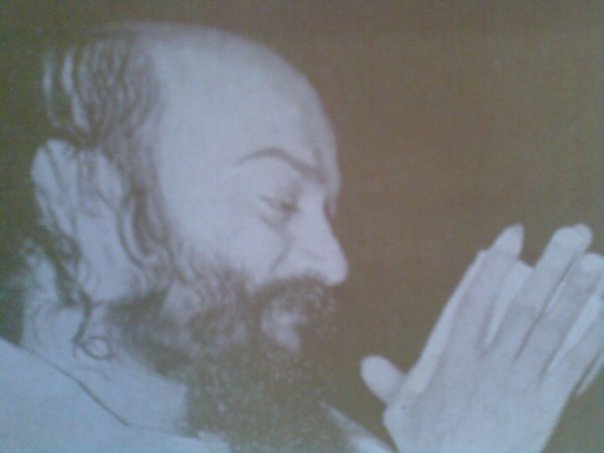 Osho – A king heard that one part of his kingdom was almost in a chaos. People were fighting with each other. They were hurting each other in every way possible. He was worried. He sent a special messenger to this part with a magic glass. The magic glass had the quality that if you looked through it, you would see things as they are – not as you imagine, not as you think, not as you interpret. The magic glass would negate your mind and you would see things directly,
immediately. Once you looked at things as they are, the experience became transforming. Then you could not be the old one.

The messenger left the magic glass with the people and went back to the capital, knowing well what was going to happen, because he had been on such trips before. The magic glass was placed on a crossroad, so that everyone could look through it and be transformed, so that it was available to everybody.

Another part of the people were sceptical from the very beginning. They said: ’This is simply foolish. How can a glass help to see things as they are. It is superstitious.’ They never experimented; they never even gave the glass a try. They were the sceptical people – and the sceptical are superstitious. Deep down, both groups were the same because they both avoide – done by worshipping; one by saying that this WaS superstitious and useless. That’s what has happened to the whole world.

Theists and atheists – both have been avoiding meditation. One by saying that there is no God; one by saying that there is God and only worship is needed. Deep down they are not different. Then there was a third part of the people – practical, pragmatic, empirical. They said: ’The magic glass is interesting, but we cannot imagine how it is going to help us in the practical things of the world. It is impractical.’ They also never looked through it. They were the scientists, the empirical
minds.

Then there was a fourth part of the people. They said: ’Not only is the glass useless, it is dangerous – because whosoever looks through it becomes distorted.’ They were against it, and they were planning to destroy it whenever the opportunity arose. They also had not looked through it.

Then there was another group who avoided it. They stopped walking through those streets near where the glass was. They never passed through those crossroads. They said: ’We are happy as we are.’ They were not happy. But they thought: ’It may disturb our usual pattern of life.’ But a few people were there who were simple, innocent. They looked through it and they were transformed. They became totally new beings.

But then the rumour spread all around that they had been hypnotized by that stupid glass, that they were fools. Otherwise how could a glass transform a human being? They were thought to be mad. Forget about the story – because this is the situation of the whole world.

Religion is a magic glass. The secret quality of it is to transform you. But it cannot force transformation. You have to allow it to happen; you have to be in a receptive mood. Worship won’t help. That is very cunning and tricky. Logic won’t help because it is a question of experience, not of logical syllogism. Scepticism is not of much use, because just by doubting you cannot come to know anything. One has to pass through the experience. Only the experience can be the criterion
of truth or untruth; thinking is not enough.

Avoiding, escaping from seeing life as it is, you remain a coward and you miss the whole point of it, the whole adventure of it. Only those who are innocent, childlike, who are ready to look through it, who are ready to be transformed, changed, mutated – only they will be helped by religion. So only very few people have been helped by religion. Christians are millions; Hindus, millions; Buddhists, millions; Mohammedans, millions; but religious people – very few. You can count them on your fingers.

To belong to an organization is not to be religious. To take the jump in deep trust and innocence is to be religious. To be a Hassid is to be ready to see, to see life as it is. This has to be understood because you also see, but you don’t see things as they are. Before they enter your being, you have transformed their colour, you have given new shapes, forms, you have
already interpreted.

Then the tree is no more there. Then the rock is no more there. Then the river is no more there. One existence is there, throbbing everywhere in a thousand and one ways. Until you see the one, you have not seen at all. IE you see the many, you are blind. If you hear the many, you are deaf. If you have heard the one sound – the soundless sound – then for the first time you have heard. If you love many, your love is false. It comes from the mind; it is not of the heart. If you love the one in the many, then for the first time you are in love. Remember: one is the criterion. Many is the world; one is God. A Hassid is one who has attained to the vision of the one.