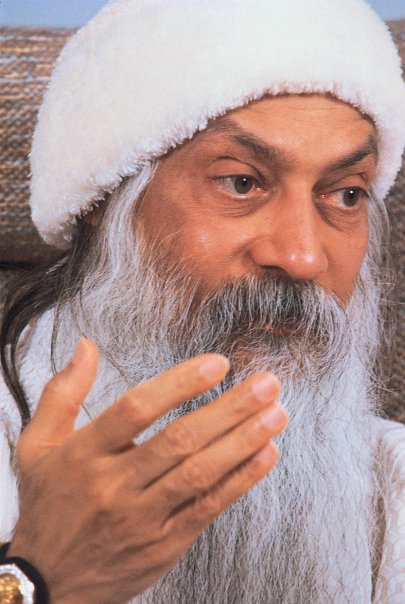 Osho: The very first foundations of a life of spiritual endeavour are love of oneself and spiritual harmony. Surely you will be confounded to hear this, because you have been often advised to suppress something within you. But I say that there is nothing within you that needs suppression or extirpation. There are certain drives within every man that need to be harnessed, not extirpated; certain forces that must needs be awakened and loved, not suppressed. They should be controlled and directed along the proper course. But those who consider them hostile can never be successful in transforming them. A man of understanding can transform even poison into nectar, but one who has no understanding whatever is sure to turn his nectar into poison. I call understanding nectar and deficiency in it poison.

We see that putrefying things, things that emit foul smell, are used as fertilizers. Just now some one presented me with a bunch of flowers. How fragrant they are! When their fragrance stirred my heart, I remembered the source of this fragrance. The foul smell of the muck has been transformed into an endearing fragrance in its course through the seeds and stems. If you simply heap up the manure in your yard, the foul smell will vitiate the whole atmosphere, but if you spread it over your garden round your house, it will be filled with pleasing smell. What you call “foul smell” is only the undeveloped form of “fragrance,” not hostile to it. A discordant note is nothing but the undeveloped and disarranged form of the harmonious notes that blend so well in perfect music.

There is nothing in human life which deserves to be shattered to pieces, to be annihilated. But there is much in human life, to be sure, which should be transformed, sublimated and raised up. Man possesses certain powers which are intrinsically neutral. They are neither auspicious nor inauspicious, neither good nor bad. They are neutral. They assume the form in which we utilize them. What is called sexual potency, the power of passionate lust against which the so-called spiritual leaders have waged an interminable war is but a neutral potentiality, because that power, when transformed, evolves itself into a divine force. It is the primordial creative power, and what it is competent to do depends upon how you use it. What it can be, does not depend on it alone but on our understanding and on the art of living our lives. Does it not, on being transformed, attain the nature of brahmacharya, the power of the celibate?

This brahmacharya is not hostile to the power of lust; verily it is its sublimation. similarly the power that manifests itself in fury becomes peace, calmness and quiescence. It is only a question of transformation. In our life the process of creation possesses greater importance than the process of destruction. If this fact is clearly understood, the question of a struggle with, or a hostility towards the Self, will scarcely arise, for the creation of the Self is possible only in an atmosphere of self-love. I would also like to add the the physical body should not be excluded from the Self.

Osho on Insincerity – If you know that you are insincere, it will drop