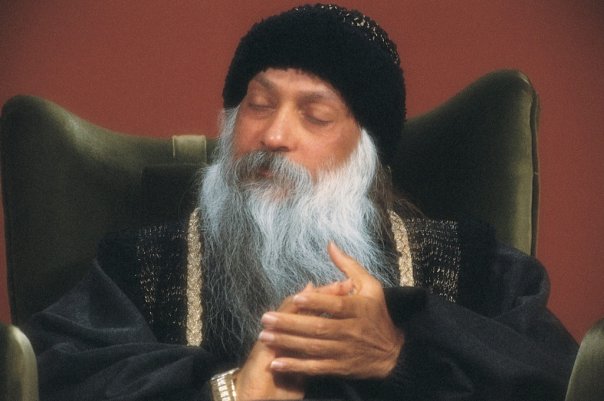 [A visitor said she had trouble becoming involved in the meditations here, adding that she could not stay much longer as she was a psychiatrist and had patients to see.]

Osho – A psychiatrist needs to be meditative more than anybody else — because your whole work is dangerous in a way. Unless you are very calm and quiet, unless you can remain unaffected by things that happen around you, it is very dangerous.

More psychiatrists go mad than any other professional people and more psychiatrists commit suicide than any other professional people. This is something to be pondered over. The proportion is really too much. Twice as many people commit suicide. That simply shows that the profession is full of dangers. It is — because whenever you are treating a person who is psychologically disturbed, in a mess, he is constantly broadcasting his vibes. He is constantly throwing out his own energy, his negative waves upon you, and you have to listen to him. You have to be very attentive. You have to care, you have to love and be compassionate towards him; only then you can help him. He is constantly throwing negatively charged energy — and you are absorbing it. In fact the more attentively you listen, the more you absorb it.

If you live around people who are enlightened, very aware, then something in you starts responding to this higher possibility. When you live with people who are very low, abnormally low, in a perverted state, in a morbid state, then something morbid in you starts corresponding and relating to them. So to be continuously surrounded by in people, is in a way dangerous, unless you protect yourself.

And there is nothing like meditation to give you protection. Then you can give more than you are giving and yet you will remain unaffected. You can help more than you are helping, because the higher your energy, the more is the possibility to help. Otherwise the psychiatrist, the healer and the healee are almost on the same ground; maybe a little difference of degrees, but the difference is so small that it is not worth considering.

The psychiatrist can go into madness very easily — just a slight push, some accidental thing, and he can move into the condemned territory. People who are neurotic were not always neurotic. Just two days before they were normal people, and again they can become normal. So normality and abnormality are not qualitative distinctions — just quantitative: ninety-nine degrees, one hundred degrees, one hundred and one degrees — that type of difference.

In fact in a better world, every psychiatrist should be trained deeply in meditation, otherwise he should not be allowed to practise. That is the only way that you can protect yourself and not be vulnerable — and you can really help. Otherwise even great psychiatrists, great psychoanalysts, even they become in a way very hopeless about humanity… even Freud. After a whole life’s experience he finally said that he could not hope for man; he felt hopeless. And it is natural — forty years of being with people who are in a mess, the only experience of humanity being of people who are mad. By and by it started to look to him as if abnormality is normal… as if man is bound to remain neurotic, as if there is something natural in man which drives him towards neurosis.

So at the most the healthy person is one who is a little more adjusted to the world, that’s all. Adjustment becomes the standard of health, but it cannot be. If the whole society is mad you can be adjusted to it and you will Still be mad. In fact in a mad society, a person who is not mad will be maladjusted. And that’s what is really the case.

When a Jesus walks in this world he is maladjusted. We have to crucify him. He is such a stranger — we cannot tolerate him. His very presence becomes unbearable. We have to kill him. We are not concerned with him, we are simply concerned with ourselves. Because of his presence, only two things are possible either he is mad or we are mad. Both cannot be healthy. We are many and he is alone. Of course we kill him; he cannot kill us.

When a Buddha walks, he looks strange a healthy man, a really natural, normal man, moving in an abnormal society. So Freud came to conclude that there is no future for humanity. At the most we can hope that man can be adjusted with the social pattern, that’s all. But there is no possibility for man to be blissful. It cannot be by the very nature of things. Why such a pessimistic conclusion? — because of his whole experience.

Freud’s whole life is a long nightmare of mad people, of working with them. And by and by he himself became abnormal. He was not really healthy. He was not a blissful person. He had never known what wholeness is. He was afraid of small things — so much so that it looks absurd. He was afraid of death. If somebody talked about ghosts, he would start perspiring. Twice he fainted because somebody started talking about death! This seems to be a very unbalanced mind, but in a way it can be accounted for. Even this is a miracle — that he remained sane for his whole life.

One of the most penetrating psychiatrists, Wilhelm Reich, went mad. And the only reason that he went mad and others have not, was because he was really penetrating. He had a really deep talent to go into the roots of things — but it is dangerous. Freud or Reich or others’ whole life shows one thing — that had they been trained in deep meditation, the whole world would have been different. Then these neurotic people would not become the standard.

Maybe it is very difficult to become a Buddha, but he is the norm. And a normal person is one who comes closer to the norm. It has nothing to do with adjustment. One comes closer to the idea of wholeness, happiness, health. Start a little meditation. And whenever you can come, for at least six, seven weeks, be here. It will be helpful in your work.

Source – Osho Darshan Diary Book “The Passion for the Impossible”

Osho – If you want to be changed you will seek a master, not a psychotherapist