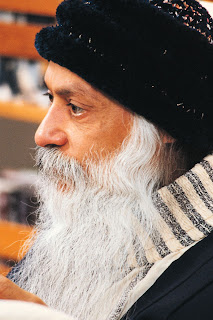 Osho – Prem means love, keshava is a name of krishna – it means god – god of love. But literally keshava means ’the long-haired one’. Krishna is the first hippie! Long hair has always been a symbol of rebellion… a symbol that one wants to go back to nature. Long hair has always stood for nature, for naked nature, against the so-called culture, nurture, civilisation, society, education.

Adolf Hitler could do so many ugly, anti-human acts, just because germans are obedient, they have a long tradition of obedience; they simply followed. The world needs the disobedient ones now. That does not mean that disobedience becomes your character, no; it simply means one has to decide when to say yes and when to say no.

Just because one is ordered one doesn’t necessarily have to obey, because the order may be wrong, the man who is ordering may be wrong. The long hair has always stood for the non-authoritarian, and Krishna is one of the most rebellious persons ever. He rebelled against the whole civilisation, because civilisation is a kind of rape on nature. It makes people phony, it drives them into artificialities; it makes them arbitrary, synthetic, plastic.

It takes away their innermost qualities and replaces them with outer things, cheap things. It creates a man, manufactures a man; it does not allow man to be his own self. Krishna stands for that, hence he has the name keshwar: ’kesh’ means the hair, ’keshwar’ means the long-haired one. And love can exist only in a rebellious heart. With the conformist, love cannot exist, because love is such a dangerous phenomenon.

And if you find sometimes that your inner nature says something contrary to Buddha, then listen to your innermost nature. That is Buddha’s voice in you; that is from where the real bible arises. And you will not be really disobeying; you will be obeying in a very profound sense though on the surface you may be disobeying.