Osho – A sannyasin has to reflect God. He has just to be a mirror 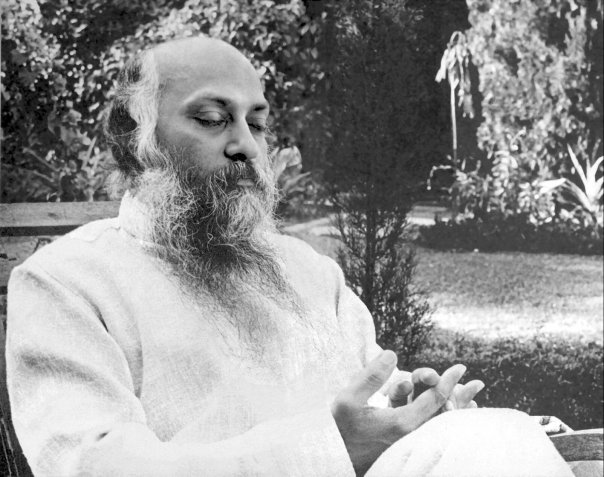 Osho – We have chosen the colour of the morning for sannyas to symbolize that each sannyasin is nothing but the birth of a new sun. This is only the beginning of a long long journey. If you allow, then much can happen, but it all depends on you, on how much you allow.

It is very difficult to allow because it needs trust, the same trust which is needed by a child to come out of the womb of the mother. The child has lived for nine months in the womb. It was absolutely comfortable, cosy and now suddenly he is being thrown out of his home. but he takes the risk. It appears to be death in the beginning. It is bound to appear as death because whatsoever the child has known as life is disappearing.

He is moving from the known into the unknown. He does not know anything about where he is going and what is going to happen to him. all is in the dark, but still he takes the courageous jump.

That’s what is needed by a sannyasin, because it is a new birth and you are moving in an unknown territory. To leave the ego aside is to leave all your strategies of self-defence, security. It is to leave your mind, your knowledge, your experience. It is to leave the shore on which you have lived for so long and to get into a small boat. The ocean is vast and there is every kind of danger and the other shore is invisible. There is more possibility that you will be drowned than reach the other shore.

But if one takes the risk then in that very moment the other shore is reached — instantly, immediately. There is no time gap, because in the very taking of that risk the ego is dropped. and with the ego the old disappears totally, leaving no trace behind. So be ready for this unknown journey, this pilgrimage to the ultimate. and rise like a sun, unafraid, fearless, in absolute trust.

The moon represents two things which are very significant for a sannyasin. One is coolness. A sannyasin has to become more and more cool — not cold, mind you, but cool. Coldness is death. To be hot is one extreme, to be cold is another extreme. Passion is hot, death is cold. Exactly between the two, in the middle, is a point which can be called cool if you compare it with the coldness of death. It can be compared with the heat of passion, then it can be called warmth — but it is the same point. From one side it will look warm from the other side it will look cool. At that point, in the middle, the opposites meet. Coolness and warmth are both there — warmth because one is alive and cool because one is not mad. That is one of the qualities of the moon.

And the second quality is that it has light but not its own. It simply reflects the sun, it is just a mirror. A sannyasin has to reflect God. He has just to be a mirror. His light is not his own because he has no ego. He lives as a vehicle for God. He is totally surrendered to God. God’s will is his only will, he has no other will. So these two qualities have to be remembered: coolness and a mirrorlike quality. Surrender so that you can reflect that which is. If these two things are achieved life is fulfilled, one has come back home.

Source: Osho Book “If You Choose To Be With Me, You Must Risk Finding Yourself”

One thought on “Osho – A sannyasin has to reflect God. He has just to be a mirror”