Osho – A Taoist master has never been crucified or poisoned 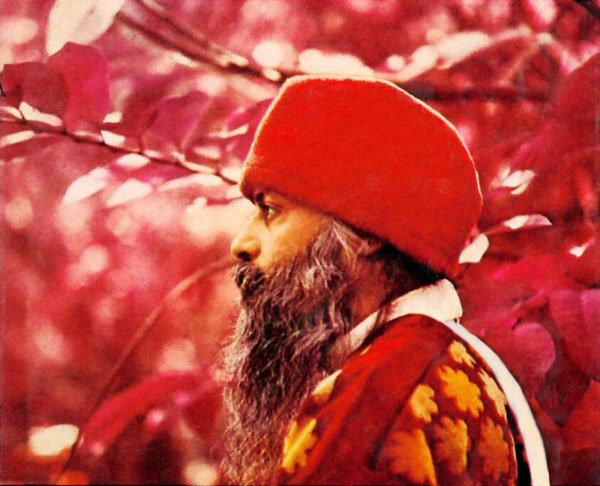 Once Mulla Nasrudin came to me, very excited. He said: Now you have to help me I asked him: What is the matter? He said: I feel terrible, it is awful. Recently I have been developing an inferiority complex. Help me! Do something! So I said: Tell me something more about it. Why are you developing an inferiority complex? He said: Recently I have been feeling that everybody is as good as I am.

Whenever you show your talent you are showing that the other is not as good – and the other will be offended. Remember, the Prince is offended just by a monkey swaying in the trees…. If you show your distinction, if you say that you are something, if you try to prove your talent in subtle ways, everybody will be offended. And they cannot forgive you, they will take their revenge.

Chuang Tzu himself lived such an ordinary life and such a beautiful life, that nobody even suspected that here was a man of very extraordinary dimensions. He would pass through villages, and the villages would not even become aware that Chuang Tzu had passed.

Once it happened that the emperor heard about Chuang Tzu from some source, and the rumour was that he was a very wise man. So he sent his prime minister in search of him. But where to find him? He had no home, no address, he was a wanderer. Chuang Tzu used to say that if you stay in one place it is difficult to hide, people will start suspecting. Because you have something, they will suspect, and by and by they will become aware. So before they become aware leave them otherwise you will be in trouble. So he was a constant wanderer – no address, no home. Where to find him?

But they tried, when the emperor orders it has to be tried. They asked many Taoist teachers: Where can we find Chuang Tzu? They said: Very difficult, nobody knows. He moves like the wind, unknown, like a cloud, whereabouts unknown. But you go, and if some villager says that there is a man here who is absolutely ordinary, then catch that man, he may be Chuang Tzu. And they found him in that way.

In a village some people reported: Yes, there is a man who has just come to this village, absolutely ordinary. You cannot find a more ordinary man than he. When asked where he was, they said: He is fishing on the bank of the river. They went there and said to Chuang Tzu: The Emperor has enquired about you; and we have been searching for you. Would you like to come to the court? Would you like to become a member of the court – advisor to the king?

Chuang Tzu said: Wait, and let me think. And the next day, when they came to ask him, he was not found in that village; he had escaped. People had suspected, they had come to know. A man of Tao moves absolutely without identity. Why? Because if you show talent then people cannot forgive you. People can forgive fools, but they cannot forgive wise men. That is why Jesus was crucified, Socrates was poisoned. You feel so utterly inferior before a Jesus or a Socrates, how can you forgive them! It is natural, you will make a concerted attack. You will all make a concerted attack to kill that man. Then you will feel that a burden has been thrown. A Jesus is so superb – if he just stands by your side you feel inferior. He has to hide himself. This teaching is very basic.

Osho on Navel Center – Lao Tzu says, “The navel is the centre and not the heart or the brain’