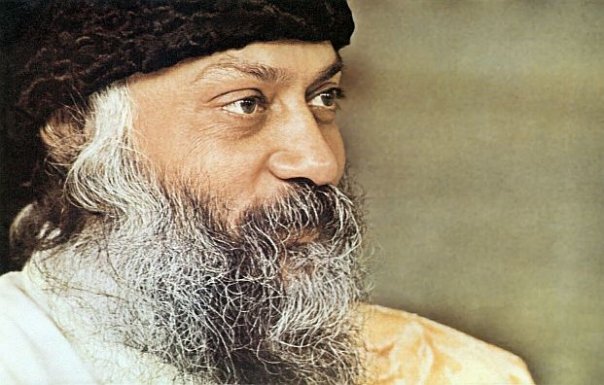 Osho – Bliss is possible only when one is in a natural state. Man is living in a very unnatural state. Man is the only animal who has gone unnatural; otherwise the whole existence is natural. Man has fallen out of harmony, and the misfortune happened because man started improving upon himself, he started having dreams about himself, about how he should be. That was the beginning of the poisoning. That was the most unfortunate moment in human history when ”should” entered human consciousness.

This goes on and on, and for centuries this is the way we have lived; now it is almost impossible to find what our original face is. So many commandments, so many shoulds – they are like mountains on our heart – and nobody can become anything other than what they are; that is a fundamental law.

A rose can only become a rose, and the moment a rose starts dreaming of becoming a lotus, the rose will have to go to the psychiatrist. It will become neurotic, it will be split, it will become schizophrenic. It will not be one any more. That image of the lotus will be a constant pressure, a tension, an anxiety, of ”I have not made it yet and I have to make it. Time is fleeing fast, and who knows? By the evening I may be gone… without becoming a lotus?” And despair arises. And because the whole energy of the rose becomes entangled in the idea of being the lotus, it cannot bloom as a rose. The energy is diverted. It cannot become a lotus because that is not in its nature, and it cannot even become the rose, which is in its nature. This is how man is living.

My approach is that we should drop all shoulds, that we should start accepting our nature, our reality, whatsoever we are… not in despair, not in hopelessness, but in tremendous joy and gratitude. This is the way God has made you, this is the way he wanted you. To deny this and to try to become somebody else is to deny God. To accept God means to accept oneself. And the acceptance has to be of great rejoicing – that he has made you this way and only this way; he has given you a unique quality and a unique individuality. Relish it, celebrate it, and then bliss comes of its own accord.

I know one woman – I have known her for many years – well-educated, she is a professor in a university. But all her friends and all the people who have known her have known one thing: whenever she comes close to them, something goes berserk in them. Not only that – if she comes into a group, people start fighting with each other. And the woman remained completely unaware of the fact. Her whole family was destroyed, her children were destroyed. Her husband escaped and since three years nobody knows where he is. Friends sooner or later leave her, because it is so difficult to be friendly with her… and she is a good woman.

I asked her, ”What do you carry in yourself?” And slowly slowly she revealed her heart, that she is very split. She is carrying two persons with her, and there is a constant fight within herself. She is a woman of great will so she has forced herself to remain one, but that is only on the surface – deep down she is mad. But just because of the will, she is carrying on, pulling on somehow, with a strong face on the surface. Deep down two persons fighting, and that fight has become so deep that the moment she comes close to anybody, her forceful personality – split, divided, constantly fighting – immediately affects the other person. Something starts splitting in the other person.

This is what Carl Gustav Jung discovered as the law of synchronicity, not cause and effect. She cannot cause this in anybody, but just because she has such a vibe, any weaker person, weaker than herself, will immediately start vibrating in the same way, will imitate her, and both will be unaware. And because ’t she is constantly fighting within herself, a civil war going on, if she is in a group people start fighting – people who were not fighting just a moment before. And I saw it!

I told her, ’Leave, drop this will. Allow these two persons to have a good fight; then there is a possibility of reconciliation. Instead of being two you have become three. It is better to be two than to be three. Now this is creating a third personality, so at least drop one.” For six months she was mad. She dropped , that will and became split, but slowly slowly that madness disappeared and she has become one of the most tranquil, calm and cool persons. Now people have a totally different experience of her being.

When a person is tense – and any person who has some idea about how to be, what to be, where to be, is bound to be tense – he is pulled between his present and the future, and the gap is big, in fact, unbridgeable. He is pulled apart. He is a curse, and this type of person is all around. The whole world consists of them, hence after each few years a great world war is needed; somewhere or other a war is a must. It is a release, a catharsis.

In just the same way, when a person lives in the present with no image, with no idea – the rose is happy to be a rose – a great blessing arises. His very presence becomes a soothing presence in existence; wherever he moves he showers life, love. But for that one has to become natural.

Source – Osho Book “God’s Got a Thing About you”