Osho – All desires are insane! The only sanity is to be desireless. 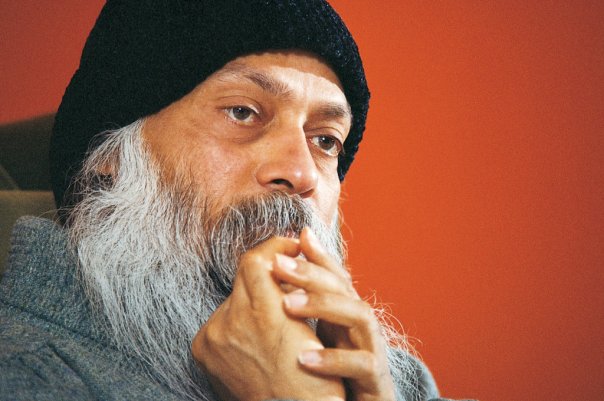 “There’s no use talking,” persisted the farmer, “I’ve only got one cow to milk.”
“But this machine will save you time in milking even one cow,” he insisted. “Look! It is
just about milking time now. Let’s go to the barn and I’ll show you.”

In the barn the salesman set up his machine and began the demonstration, carrying on meanwhile his persuasive flow of talk. The old man began to take a keen interest in the proceedings as he beheld the wondrous efficiency of the milker.

“Well, mister,” the farmer conceded at last, “I admit it’s wonderful. I’d like mighty well to
have it, but I’ve got no money and no way of borrowing any.”

He paused and looked longingly at the shining machine. “I tell you, though, what I’m willing to do,” he went on, “I’ll let you take the cow as the first payment.”

This is how people are living. That’s why their life remains a desert with no oasis; nothing flowers, nothing blossoms, no fragrance, no festivity. People look so sad, with such long faces. The whole earth seems to have suddenly turned very religious. Everybody looks like a saint — so dead, so serious, so sad, that if the old saints come back to the earth they will be very much puzzled: “What has happened? Has the whole world become saintly?” Of course, they will find a few exceptions — my sannyasins! And they will think that my sannyasins are crazy. That’s what the whole world thinks about my sannyasins because they are still enjoying, living, loving, dancing, singing.

Just the other day I received a letter from an old woman — I loved her letter. Her son was a sannyasin and he died just two weeks ago in a car accident. She writes to me: “I am grateful to you, because just before he died he came to see me after many many days, and he was so happy. I have never seen him so happy — he was almost dancing. And he was so loving to me…I have never seen him so loving. There has never been such a communion between me and him. There was always something like a wall separating us, but the day he came to see me, all barriers dropped. Although he died and I will never be able to see him again, I am immensely happy and grateful to you that you had made him laugh and sing and enjoy and you had helped him to drop his seriousness. He died joyously.”

It is from a mother. It is very difficult for a mother to accept the death of her son. But she could accept even the death, although she knows nothing of sannyas and she has never been here. But the one thing she understood was that something very essential had changed in the life of her son. She is not at all sad about his death. She is happy that before he died he had attained something; he had not lived in vain.

Desires are crazy. They make you sad in two ways: if they are not fulfilled you will be sad, frustrated; if they are fulfilled you will be sad and frustrated — in fact, more so, because when your desires are fulfilled, then you suddenly recognize that you have been chasing shadows, illusions. You have been trying to catch hold of a rainbow, and all that you find is that your hands are wet, that’s all!

I have just heard one story…. When he reached the peak of Everest, Edmund Hillary was feeling very great to be the first man to reach there. Then he suddenly saw an Indian monk squatting on the ground. He was very shocked — somebody had already reached there before him! He was so shocked he could not even say, “Hi! How are you?”

Before he could say anything, the Indian monk said, “How much for the watch?”
And people are going to the moon! And what do you think there is on the moon? Nothing at all! They go on bringing back a few rocks. You could have gathered those rocks here, anywhere; there was no need to go so far away!

One story I have heard…. When the Americans reached the moon for the first time they were very puzzled, because from the other side of the moon there was such a noise. So they went to see what was happening, and there were at least ten thousand Chinese talking and talking. And when the Chinese talk, “Ching, ching, chang, ching….”
The Americans were very puzzled. They said, “What is going on? How did you manage to get here? We didn’t think you had the technology yet.”

And the Chinese said, “What technology are you talking about? There is no need for any technology. We simply went on standing upon each other and we reached! What technology? Our population is enough that we can reach any planet we decide to — and we have only come for a holiday, a picnic!”

People are more interested in reaching Everest, the moon, Mars, than in reaching their own innermost self, because that is no challenge to the ego. God is so obvious; that’s why he is missed. Truth is so easily available; that’s why nobody is interested in it. Nirvana is now, and the mind is not interested in now at all, it is always somewhere else.

A long time ago in China, a mandarin had three beautiful daughters. He wished to marry them off to nobles of wealth and status. In those days a man’s position in society was indicated by the number of dragons embroidered on the front of his robe. The mandarin called his daughters, announced his intentions and asked the eldest what kind of man she wished to marry.
“Oh, Daddy,” she said, “I’d like to marry a man with three dragons on his chest!”
“Very good,” replied the father, “I will arrange it.” Then turning to the second daughter he asked, “What kind of man would YOU like?”
“Oh, Daddy, get me a man with two dragons on his chest!”

The father was very pleased, and turning to the youngest daughter said, “I suppose you want to marry a man with one dragon on his chest?”
In a voice charged with emotion she replied, “Oh no, Daddy, I want a man with one draggin’ on the floor!”