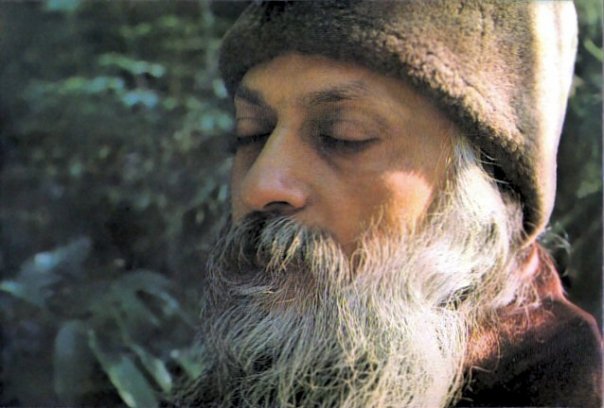 Osho – The message is to never think about yourself in any way which condemns. One has to learn to respect oneself; that is the beginning of a great change. We have been taught to condemn, to despise, to hate. We have been told to love others but we have not been told to love ourselves, so we don’t have a good image of ourselves. And without a good image of yourself, you will never be able to know who you are.

One does not want to look at oneself if one is condemned as a sinner. One can enter into oneself only when one feels that one is going into something beautiful. The beginning of love is to love oneself. The beginning of god is to think of oneself as divine. Nobody is a sinner, but if you believe you are a sinner you remain a sinner; it is only a question of belief.

Consciousness is a primary phenomenon. It is not a combination of anything else; it is itself. That is the meaning of swayambhu. You cannot disappear from existence. There is no way to destroy you; no death can kill you, no poison can touch you. The innermost core of your being is eternal. It has been always and it will be always. And it cannot be destroyed because it is not a composition, it cannot be destroyed because it is not caused by anything else.

Sam means right, buddho means awareness – right awareness. Awareness can also be wrong. It is wrong when it is cultivated, practised, forced, somehow managed by effort. Then it is wrong. It creates a tension in your being; rather than relaxing you it makes you more tense, it creates stress.

Awareness is right when it is spontaneous, when it is not forced, when it arises not out of effort but out of understanding. Sambuddho means right awareness. Don’t practise it; a practised thing is always false. And when we start practising something we close the doors for the spontaneous; then the spontaneous cannot happen. You become so full of the practised that your very practice hinders it.

If somebody practises love, his love will be false; it will be a practised phenomenon, it will be rehearsed. He will be simply doing an act. He may perform it perfectly but the real will not be in it, the real cannot be in it. The real can never exist in the performed. It can be skilful, the false can be very skilful, very efficient; it can deceive the whole world but it cannot deceive you. You will know all the time that you were just making it, that it was an empty gesture, that you were not behind it, that it was not supported by you, that it had no roots in your being, that it was just a plastic flower. Allow the spontaneous to happen, and the spontaneous happens just by living life intensely.

Whenever you live anything intensely there arises a kind of awareness which is totally different from the practised one. If you are running, are intensely in it, you will find a floating awareness around you. You need not make it, it is there. You are looking at a sunset: you are thrilled and you come to a peak of experience; suddenly there is awareness. It is always there when the peak comes. Just as at the peak it is always sunlit and the darkness disappears, so at any peak moment you are aware, and that awareness arises on its own accord. That is called sambuddho. So live life intensely, totally; live life at the optimum. Put yourself utterly into each and everything that you do; don’t hold.