Osho – Antagonism of Religion against Sex is 99 percent stupid 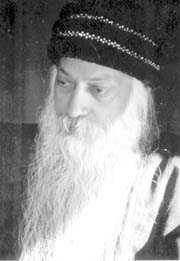 That one percent of truth is significant; in fact because of that one percent, all religions became anti-sex. And that truth is that sex makes man a fool, gives him the idea that he is the master of it, while he is only a slave. And the slavery has to be broken — he has to be pulled out of this ditch. But if he thinks that that ditch is a palace then you cannot pull him out. You cannot even persuade him to come out of it; hence, the condemnation of sex by all the religions.

But they overdid it, and they forgot the ninety-nine percent dangers just for the one percent. It could have been done very easily without taking the risk of ninety-nine percent falsehood. But they saw the danger of man being simply a means, and that is the lowliest position possible; you are just a means, not an end. You are being used by some unknown force of which you have no idea. And you go on thinking in your mind that all these prostrating people are prostrating to you.

The man living on the instinctive level only has an hallucination of love. That hallucination is created by nature, by biology, chemistry. You have in your body drugs which are released when you are making love, and you start moving into euphoria. That is one of the reasons why people who become addicted to drugs slowly slowly become uninterested in sex.

The hippies and yippies and all kinds of people — when they became too interested in drugs, they lost their fervor for sex completely, because now they had found a better way of getting into a euphoric state. Now sex seemed to be nothing compared to it. That can give you a clue that both are drugs.

Nature has been using that drug in a very minute quantity; there was no need for more up to now. Perhaps nature will have to think again — find out better drugs, create better chemistry, bring its level up to date; it is lagging far behind. Man’s mind has created things like LSD far superior; so superior that a man like Aldous Huxley thought that LSD gives you samadhi — that it is actually what Kabir and Buddha and Rumi and all the mystics of the world have been talking about. But they had bullock-cart methods to reach to this state.

Now science has given us very advanced drugs, there is no need for yoga and tantra and other things — you just take an injection. You yourself push the injection, there is no need for somebody else to do it. And for hours you are in a euphoric state which is certainly superior to what you call orgasm, because orgasm is so momentary that it only creates more desire for it; it never gives you any satisfaction.

The second symptom that it is a drug is its power of addiction: people become addicted to sex. And a very strange thing about addiction is that if you have the drug, it is nothing; if you don’t have it, you are missing. You never think what you are missing because when you have it, it is nothing.. Each time you have it you feel that it is just a futile effort, nothing comes out of it. You don’t move a single inch in evolution. You just jump for a moment in the air and with a thump you fall back on the ground.

That’s why people don’t like to make love publicly, there is no other reason. The reason is nobody wants to look so foolish. Now, in California, which is the most advanced stupid place in the whole world, they have hotels for peeping Toms — you have to pay for it. Inside two fools are making love, and many around the room are sitting and looking and enjoying what the two fools are enjoying. They are enjoying how the couple are making fools of themselves. People pay for it, but those two people are not aware of it; they have also paid.

One man, the first day, was inside the room, but coming out he found many people really hilarious. He asked them, “What is the matter?”
They said, “The show was so good!”
“Which show?” he asked.
They said, “You don’t know? Come tomorrow — it is worth seeing.”

The man was such an idiot, and he had been doing such idiotic things, it was worth seeing. The next day the man came with these friends. Now he was outside the wall — and then he found what the matter was: the previous day he had been inside and all these people had enjoyed him. This was tricky — now he was enjoying somebody else!

All the cultures around the world have prohibited, in some way or other, lovemaking in public places, for the simple reason that if you want to be idiotic then at least find some privacy. Don’t make yourself unnecessarily a public show free of charge. A crowd will gather and they will enjoy. Nobody can pass by that place; they will all stop there. And they know they all are doing the same kinds of things. But it is an unconscious state.

Love, at the instinctive level — which is the lowest level — is just a dream created by nature so that you can pass through this arduous job of making love. If there is no euphoria around it, you are going to refuse: “I am not going to make a fool of myself.” Nature has given you a certain allurement.