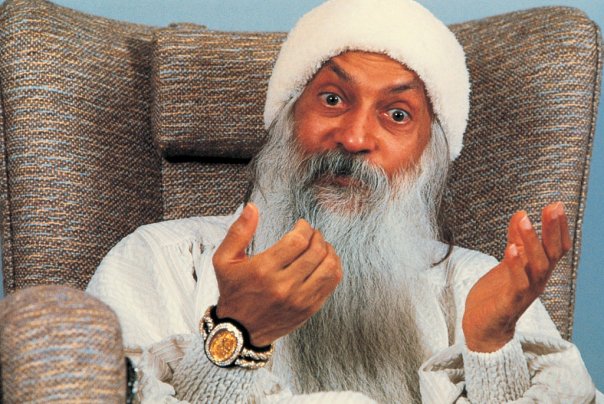 Question – Is there such a thing as Right or Wrong?

Right and wrong are not fixed entities, they are not labels that you can put on things, “This is right” and “This is wrong.” But this has been done up to now. Right and wrong have been decided by people. And because people have decided right and wrong, they have misguided the whole humanity.

Manu decides in one way: what he thinks is right becomes right for millions and millions of Hindus for thousands of years. It is so stupid, it is unbelievable! How can people go on following Manu for five thousand years? Everything else has changed. If Manu comes back he will not be able to recognize the world at all; everything has changed. But the Hindu mind goes on following the categories that Manu has fixed.

And even a man like Vinoba Bhave is ready to go on fasting if cow slaughter is not completely stopped in the country, totally stopped. But he is completely silent, he does not say a single word, that the untouchables are being killed, burned alive, their women raped, their children murdered, butchered. Villages of untouchables, whole villages are being effaced from the earth, and Vinoba Bhave is not thinking of going on a fast. Who bothers about these untouchables? They are not part of humanity, they are not human beings. Cows have to be saved, because Manu worships the cow.

It may have been right at that moment; I am not against Manu, I am against the foolish followers of Manu. It may have been right at that time, because the cow was very very important, it was the center of the whole economy; particularly the Indian economy was based on the cow. It was an agricultural society, and the cow was the source of many things: of the bulls, the bullocks, the manure, the milk — it was immensely important, it was perfectly right to save it. But now the world is living in a totally different way. Manu had a very small world; now we have the whole earth to think of, it is not only a question of a small sect. But once right has been fixed, people go on following blindly; it has been like that up to now.

As time changes, rights change, wrongs change. And you can see it in your own life — every day things are different, and you go on clinging to your fixed ideas. The man who lives with fixed ideas lives a dead life. He is never spontaneous and he is never in a right relationship with the situation that exists. He is never response-able; he functions out of his old conclusions which are no longer relevant, he does not look at the situation itself.

But if you go to the priests, they will teach you what is right and what is wrong. They will not give you insight, they will give you dead categories. They will not give you light, so that you can see in every situation what to do and what not to do; they want you to depend on them. They don’t give you insight into things, so you have to remain dependent forever. They give you crutches, but they don’t make you stand on your own feet.
Avoid the priests. Whenever you go to any kind of experts, their whole effort in fact is how to make you dependent on them.

The star of a Broadway hit was visiting friends when talk got around, as usual, to psychiatry. “I must say,” said the hostess, “I think my analyst is the best in the world! You can’t imagine what he has done for me. You ought to try him.”
“But I don’t need analysis,” said the star. “I could not be more normal — there is nothing wrong with me.”
“But he is absolutely great,” insisted her friend. “He will find something wrong.”

In fact you will become afraid of freedom, because you will see how bad you are, how wrong you are — and if you are free, you are going to do something wrong, so follow somebody. The priest depends on it, the politician depends on it. They give you right and wrong, fixed ideas, and then you will remain guilty forever.

I say to you: There is nothing right and nothing wrong. I don’t want you to depend on me, and I don’t give you any fixed ideas. I simply give you indications, hints, which have to be worked out by you. And the hint that I give to you is awareness. Become more aware, and it is a miracle….