Osho – Are all Women really Soft, Feminine and Loving? 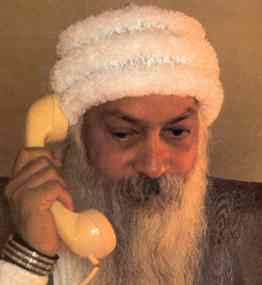 Question – Are all Women really Soft, Feminine and Loving?
Osho – I have not said that – that all women are really soft, feminine and loving. Neither are all men aggressive, violent, ambitious, hard. Because deep down in you the consciousness is neither. The anima and the animus, the male and the female exist in your body chemistry. You can be a man physically, but deep inside you may have chosen the feminine part.

A woman may be a woman physically but she may have chosen the masculine part – both parts are available – then the body remains feminine but the woman will become masculine. That is what is happening to women connected with the Women’s Liberation movement: they are dropping their feminineness, they are becoming as aggressive as man. They are trying to compete with all kinds of foolishnesses that man has. They want to have all those foolishnesses themselves, too – they cannot be left behind.

The body will remain sexually male or female, but the quality surrounding the body, the vibe, will have to be that which you have chosen inside. A man can choose to be a woman inside, a woman can choose to be a man inside. And it is not a choice that you make once and forever, you can change it every moment. There are moments when a woman is very soft and there are moments when she can be very hard, very cruel.

There are moments when a man is very hard, aggressive, but there are moments when he can be very soft. Even a Ghengis Khan is very soft to his children. To his wife he is very soft. I have heard… The plain and strongly-built daughter of a Field-Marshal was engaged to be married to a young officer on her father’s staff. ’Couldn’t you do something for Frank now that he has asked me to marry him?’ she asked her father one day.

’There’s not much I can do really,’ replied the Field-Marshal, ’except get him a medal for gallantry.’ He was undersized, meek, diffident, and subdued, and he had applied for a job as a night-watchman.

’Yes,’ said the manager, dubiously, ’but the fact is we want someone who is restless and uneasy, especially at night – someone who thinks the worst of everybody, someone who sleeps with one eye open. The kind of person, in short, who, when roused, is the devil himself.’
’Alright,’ said the meek lad, as he walked away, ’I’ll send my wife.’

It depends on what you choose inside you. It is a choice. The body is not your choice, but the vibe that will surround your body is a choice. And if you choose consciously, you will have great freedom in your being, because you will know who you are and what you are doing with your body. The body is tremendously potential – much can happen through it – but people take it for granted. It is as if a beautiful guitar has been given to you as a present and you just keep it, not knowing the potential of it. You can play on the guitar, you can learn to play on the guitar, and great music will be born.

You can be confined only if you remain unconscious in your chemistry, otherwise your chemistry has infinite potential: it can be put to a thousand and one uses. And to learn how to use one’s body, how to behave with one’s body, how to relate with one’s body, is a great art. Millions of people just take their body for granted; they never search for its possibilities. Their body remains a seed. It never becomes a Golden Flower.

Source: from Osho Book “The Secret of Secrets, Vol 1”