Osho – Be authentic to yourself – sincere, honest 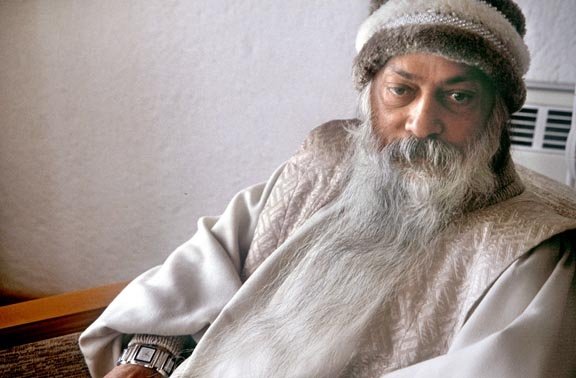 This is a great problem, particularly in the West for the new generation. They have heard too much; they have already been seduced by this idea: be sincere and be honest. This is good, but you don’t know how cunning and destructive the mind is. Your mind can find excuses. You can say a truth, not because you love truth so much but just to hurt somebody; you can use it as a weapon. And if you are using it as a weapon it is not truth, it is worse than a lie.

Sometimes you can help somebody through a lie, and sometimes relationship becomes more easy through a lie. Then use it – but don’t get identified with it. What I am saying is: Be a good player, learn the rules of the game; don’t be too adamant about anything.

Then he tried through my mother. She asked me one night; she came to my bed, sat there, and asked me what I thought about marriage.

She said, ”You are trying to confuse me.”
I said, ”You take your time, at your own ease. I will wait for two weeks, then you order me. I will just follow… because I don’t know.”

So for two weeks she was worried. She could not sleep, because she knew if she said to marry I would obey. Then she would be responsible, not I. So after two weeks she said, ”I am not going to say anything, because if I look to my own experience, then I would not like you to move into that life. But I cannot say anything now.”

So this is how I remained unmarried. Sincerely, authentically, I was not ready to marry, I was not intending it at all. But I could have acted. And nothing is wrong, because every experience helps you to grow. No-marriage helps, marriage also helps; there is not much difference. Everything helps you to grow in its own way.

The one thing to remember is: life is a great complexity. You are not alone here, there are many others related to you. Be sincere unto yourself, never be false there. Know well what you want, and for yourself remain that. But there are others also; don’t unnecessarily hurt them. And if you need to wear masks, wear them and enjoy them, but remember, they are not your original face, and be capable of taking them off any moment. Remain the master, don’t become the slave; otherwise you can be violent through your sincerity, unnecessarily you can be violent.

I have seen persons who are cruel, violent, aggressive, sadistic – but sincere, very true, authentic. But they are using their authenticity just for their sadism. They want to make others suffer, and their trick is such that you cannot escape them. They are true, so you cannot say, ”You are bad.” They are good people, they are never bad, so no one can say to them, ”You are bad.” They are always good, and they do the bad through their good.

Don’t do that, and don’t take life too seriously. Nothing is wrong in masks also, faces also. Just as in the drama on the stage they use faces and enjoy and the audience also enjoys, why not enjoy them in real life also? It is not more than a drama. But I am not saying for you to be dishonest. Be sincere with yourself, don’t get identified. But life is great; there are many around you related in many invisible nets. Don’t hurt anybody.