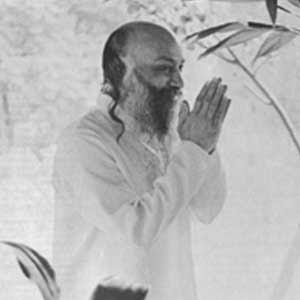 For example, you see on the side of the road a hundred-rupee note; it may have fallen from somebody’s pocket. Now the question arises: To take it or not to take it? One part of you says, “It is perfectly right to take it. Nobody is looking, nobody will ever suspect. And you are not stealing — it is just lying there! If you don’t take it, somebody else is going to take it anyway. So why miss it? It is perfectly right!”

But another part says, “This is wrong — this money does not belong to you, it is not yours. In a way, in an indirect way, it is stealing. You should inform the police, or if you don’t want to be bothered with it, then go ahead, forget all about it. Don’t even look back. This is greed and greed is a sin!”

Now, these two minds are there. One says, “It is right, take it,” the other says, “It is wrong, don’t take it.” With which mind are you going to identify yourself? You are certainly going to identify with the mind which says it is immoral, because that is more ego-satisfying. “You are a moral person, you are not ordinary; anybody else would have taken the hundred-rupee note.

In such times of difficulties, people don’t think of such delicacies.” You will identify yourself with the moral mind. But there is every possibility you will take the note. You will identify yourself with the moral mind, and you will disidentify yourself from the mind which is going to take the note. You will condemn it deep down; you will say, “It is not right — it is the sinner part of me, the lower part, the condemned part.” You will keep yourself aloof from it. You will say, “I was against it. It was my instinct, it was my unconscious, it was my body, it was my mind, which persuaded me to do it; otherwise, I knew it, that it was wrong. I am the one who knows that it was wrong.”

This is the conflict, this is how one becomes troubled. Hence Buddha gives you a secret key. This is the key that can take you out of all identification: don’t be identified with the moral mind — because that too is part of the mind. It is the same game: one part saying good, another part saying bad — it is the same mind creating a conflict in you. Mind is always dual. Mind lives in polar opposites. It loves and it hates the same person; it wants to do the act and it does not want to do the act. It is conflict, mind is conflict. Don’t get identified with either.

Buddha is saying: Become just a watchfulness. See that one part is saying this, another part is saying that. “I am neither — NETI, NETI, neither this nor that — I am just a witness.” Only then is there a possibility that understanding will arise.

To go beyond judgments of good and bad is the way of watchfulness. And it is through watchfulness that transformations happen. This is the difference between morality and religion. Morality says, “Choose the right and reject the wrong. Choose the good and reject the bad.” Religion says, “Simply watch both. Don’t choose at all. Remain in a choiceless consciousness.”