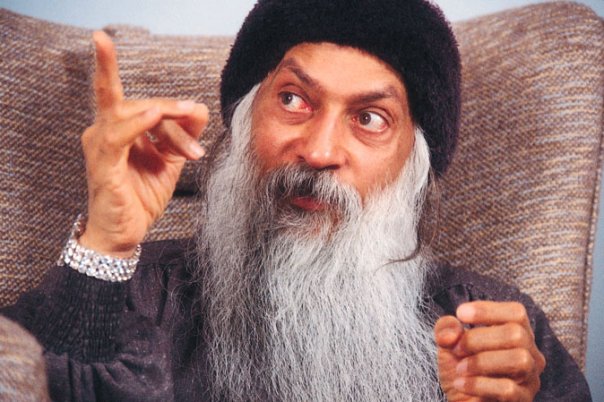 Belief is a repression of doubt and faith is an expression of trust. They are as far from each other as two things can be. But priests played a trick. Because faith has been praised, and faith is worth praising, they played a trick upon the word; they made it mean belief and they go on telling people ‘Believe, because the scriptures say if you don’t believe you will never attain to god.’ The scriptures certainly say if you don’t have faith you will never attain to god, you will never know what bliss is, what truth is, what love is. But faith is not belief.

Belief means falsifying. There is doubt in you and you cover it up with a belief. It is as if you have a wound and you put a rose flower on it: it is not going to heal it but you can deceive others, they will not be able to see the wound. And the most dangerous thing is that you may be deceived by your flower yourself, you may forget about the wound and you will start believing that there is no wound at all — look, the beautiful flower is there. Forgetting the wound is not going to heal it. And covering it is dangerous because it will go on increasing underneath the flower; it can become a canceric growth inside you.

That’s what has happened to humanity: for thousands of years people have lived with doubt repressed by belief and now the doubt has grown so big that it is throwing all belief away, it is erupting everywhere. Now the whole humanity is in a state of doubt. Even those who pretend to believe know that that belief is only formal. It may be utilitarian, pragmatic, it is good for other reasons, not for religious reasons to go to church every sunday. It is a social affair, it gives you a good social status. People think you are religious, virtuous. People give you respect and your ego feels good with the respectability that comes through it. But now almost half the humanity has gone communist, atheistic, and the other half is only formally religious, there is no true religion. And the people who are responsible for this whole nonsense are the priests — they deceived humanity.

Trusting one’s intelligence, trusting one’s enquiry, trusting even one’s doubts — that is faith. Because doubts are not bad. They are only question marks, and every question mark can lead you into enquiry, and every enquiry is good. If the enquiry proves that god is, it is good; if it proves that god is not, that too is good. Either way we will be discovering the truth. Whether god is or is not does not matter; whatsoever is the case has to be known.

Faith is beautiful. And remember, the meaning of Joseph is faith. There is no such thing as increasing belief. Belief is a dead thing, it does not increase. It is a plastic thing, you impose things on it. It neither decreases nor increases; it is like a plastic flower.

But faith increases and goes on increasing. There is no end to it, it is an eternal pilgrimage. The more you go into it, the more it increases. It is a movement, a process. It is not a thing dead and complete, it is riverlike. It is not like a pond closed from everywhere, it is moving towards the ocean. And to me it is significant that Joseph was the name of Jesus’ father. A man like Jesus can be born only to a man like Joseph. I don’t believe in the theory of his virgin mother. That is sheer nonsense. Joseph symbolises faith, simplicity, trust. A son like Jesus is possible only through such a man.

But Joseph is the most ignored. Mary at least slowly slowly has been accepted but not much. Many times there have been efforts to make her part of the holy family; from three the family should consist of four. But Christian priests have not accepted that; a woman cannot be accepted in the holy trinity. They are all male, all three. It is the male chauvinistic attitude. But at least Mary has been worshipped for the simple reason that they could not deny that Jesus came out of her womb.

The whole idea is rooted in antagonism towards sex. Sex is unholy — how can they accept a Joseph? But I accept Joseph absolutely. In fact without Joseph there would be no Jesus. We owe that much to Joseph. And his name is so symbolically meaningful that it is also a metaphor: a son like Jesus can only come out of a father like Joseph — out of increasing faith not out of belief.

I teach faith because faith to me is another name of love. Belief is ugly, heady; faith is beautiful, of the heart. And the whole energy of a sannyasin has to shift from the head towards the heart. If we can bring the energy from the head to the heart the miracle has happened. From there a totally new life starts, a life of bliss, a life of dance and song and celebration.