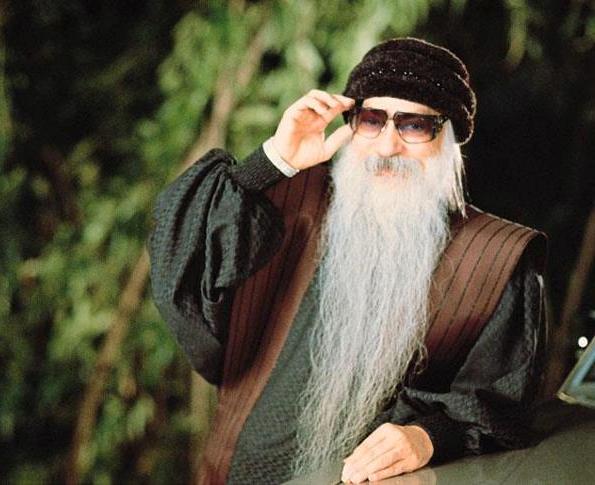 Question – Beloved Master, Do you really have to break my heart?
Osho – Yes, Somendra. It is a thankless job, but it has to be done. Man exists on three planes: the head — the world of thoughts, the thinking process — the most superficial plane. Below it is the heart — the world of feelings, emotions, sentiments — a little deeper than thought, but not the deepest. And the third is the realm of being — no thought, no feeling — you simply are.

My work starts by destroying the thinking process first — obviously, because that is where you are. I have to hammer your head mercilessly. Once your energy has moved from the head to the heart, I start breaking your heart too. First I use your heart as a temptation: I tell you to move from the head to the heart. It is just to give you a goal which is not very far away, because a too distant goal cannot appeal to you. If it is too far away it appears impossible; the goal has to be within your grasp.

Rooted in the mind, the world of being is very very far away; it looks almost nonexistential. Hence the heart is a midway place, a resting place; it is not the goal. One day you have to be ready to leave it too, but before that I use it as a temptation for you.

Logic is stupid, love is not less stupid — sometimes even more! Logic is a game, love too is a game, and you have to be aware of all the games that you are capable of playing. Logic deceives, love does too. One has to rise to the heights or dive to the depths where logic and love both disappear. They are two sides of the same coin: on the one side is your head, on the other side is your heart.

The philosopher deals with the head, the poet with the heart, but the mystic is beyond both. The mystic is transcendental; he is pure being, just consciousness, neither thought nor feeling.

Hence, Somendra, I have to break your heart. I have destroyed your mind — the first step has been taken. The second step is harder, because the heart is closer to being than the head. It is very easy to see the rubbish of the head; it is very difficult to see the rubbish of the heart. The head reflects nothing of the being; hence to disidentify yourself from the head is not such a great problem. It is easy to see that the thoughts are separate from you; it is very difficult to see that the feelings are different from you. They are so close and they reflect something of your being. Feelings are more attuned with your being; hence the possibility of being deceived by them.

The greater work starts when you start disidentifying yourself from your heart. The heart is not your soul; certainly it is better than the head. And why is it better? It is better only because it is closer to the being, but even though it is closer there is still a distance. Closeness is also a distance. You have to fall still deeper. You have to come to a point, to a center, from where you can see thoughts and feelings all separate from you, where you become just a mirror. That moment is the moment of enlightenment; you become a buddha. Less than that will not help, less than that is not worthwhile.

Source – Osho Book “The Dhammapada, The Way of The Buddha, Vol 5″

Osho on synthesis of love and meditation, of heart and mind, of thought and feeling