Osho – Beloved Master, How do you know so Many Jokes 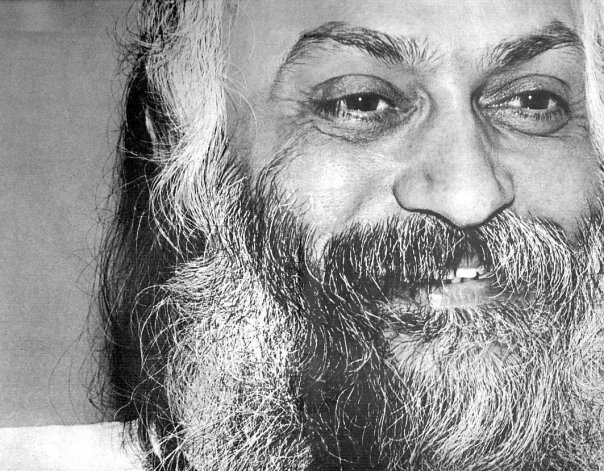 Question – Beloved Master, How do you know so Many Jokes?

Sir Reginald, riding in a New York taxi, was challenged by the driver to solve a riddle: “This person I am thinking of has the same father that I have and the same mother, but it is not my sister and it is not my brother. Who is it?”

The Britisher thought for a moment, and then gave up. “It is me,” the cabdriver told him.
“By Jove! That’s jolly good. I must try that on the chaps at my club!”
A month later he was sitting in London with his cigar-smoking cronies. He said, “Gentlemen, this individual I have in mind is not my brother and not my sister, yet this person has the same parents as I have — who is it?”

After several thoughtful minutes, all the members conceded defeat. “Who is it?” one of them inquired. “Come, Reggie, give us the answer.”

Reggie slapped his knees in triumph. “It is a taxicab driver in New York City!” he roared.

And the second story:
Morton and Fogel were discussing humor over lunch. “Do Jews react differently when they hear a joke?” asked Morton.

“What a question!” replied Fogel. “If you tell an Englishman a joke he will laugh at it three times: once when you tell it, again when you explain it and a third time when he understands the point. Tell a German the same joke: he will laugh twice — both times to be polite — there won’t be a third time because he will never get the point. Tell the same joke to an American: he will laugh once, immediately, because he will get it right away. But,” said Fogel, “when you tell the joke to a Jew….”

“Yes?” asked Morton.
“When you tell the same joke to a Jew, he won’t laugh at all. Instead he will say, ‘It is an old joke — and besides, you told it all wrong!'”