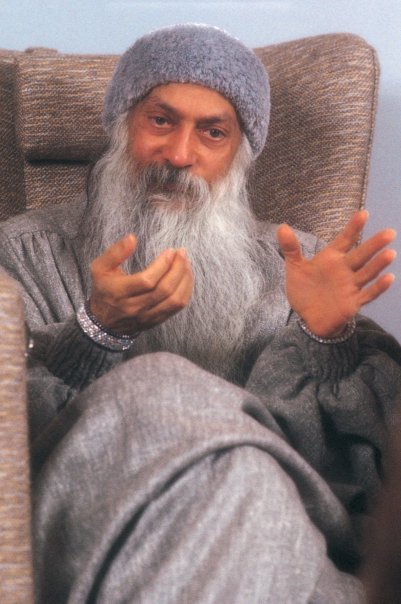 It is difficult, almost impossible, to describe it. If you say it feels blissful, it gives a wrong meaning to it — because bliss is something contrary to misery and enlightenment is not contrary to anything. It is not even silence, because silence has meaning only when there is sound; without the contrast of sound there is no experience of silence. And there is no sound, there is no noise. It is not the experience of one, because what can “one” mean when only one is left? One can have meaning only in comparison with the other, with many. It is not light because it is not darkness. It is not sweet because it is not bitter.

No human word is adequate to express it, because all human words are rooted in duality… and enlightenment is a transcendence; all duality left behind.

That’s why Buddha says it is SHUNYA. When he says it is shunya, void, emptiness, he does not mean that it is emptiness; he simply means it is empty of all content.

For example, a room can be called empty if all furniture has been removed, not a single thing is left inside — you will call the room empty. It is empty of all that it used to contain before, but it is also full — full of emptiness, full of roominess, full of itself. But nothing can be said about its fullness, its plenitude, because human language has no word for it. We have been trying for centuries to call it God, to call it nirvana, to call it moksha, but all words somehow fail.

This is impossible: to translate something for which no word exists, to translate something that is transcendental into the languages which belong to the world of duality. It is like talking about light with a blind man; talking about beautiful music to one who cannot hear, who is deaf; talking to a person who is suffering from fever and whose taste is lost about “sweet.” The taste of sweetness is meaningless; he has lost all taste. But a little bit is possible because he used to taste before; he can remember.

But you cannot even remember when you used to taste God; you have completely forgotten the taste. Maybe in your mother’s womb there was some experience similar — maybe not exactly the same, but similar.

One thought on “Osho – Beloved Master, What does Enlightenment feel like?”