Osho – Beloved Master, What Does it mean to be a Disciple 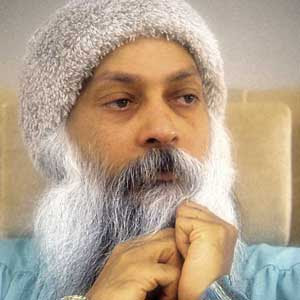 Question – Beloved Master, What Does it mean to be a Disciple?
Osho – Prem Samadhi, it is one of the most delicate mysteries. No definition is possible of a disciple, but a few hints can be given, just fingers pointing to the moon. Don’t cling to the fingers — look at the moon and forget the fingers.

A disciple is a rare phenomenon. It is very easy to be a student because the student is searching knowledge. The student can only meet the teacher, he can never meet the master. The reality of the master will remain hidden to the student. The student functions from the head. He functions logically, rationally. He gathers knowledge, he becomes more and more knowledgeable. Finally in his own turn he will become a teacher, but all that he knows is borrowed, nothing is really his own.

His existence is pseudo; it is a carbon-copy existence. He has not known his original face. He knows about God, but he does not know God himself. He knows about love, but he has never dared to love himself. He knows much about poetry, but he has not tasted the spirit of poetry itself. He may talk about beauty, he may write treatises on beauty, but he has no vision, no experience, no existential intimacy with beauty. He has never danced with a roseflower. The sunrise happens there outside, but nothing happens inside his heart. That darkness inside him remains the same as it was before.

He talks only about concepts, he knows nothing of truth — because truth cannot be known through words, scriptures. A student is interested only in words, scriptures, theories, systems of thought, philosophies, ideologies.

The disciple is receptive, vulnerable, unguarded; he drops all armor. He drops all defense measures. He is ready to die. If the master says, “Die!” he will not wait for a single moment. The master is his soul, his very being; his devotion is unconditional and absolute. And to know absolute devotion is to know God. To know absolute surrender is to know the secret-most mystery of life.

A disciple is the rarest flowering of human consciousness, because beyond the disciple there is only one peak more — the master. And one who has been totally a disciple one day becomes a master. Disciplehood is a process of becoming a master. But one should not start with the idea of becoming a master; otherwise one is going to miss, because then it is again an ego trip. One should come simply to evaporate.

You have lived through the ego, and your life has been just a misery and nothing else. Enough is enough! One day the realization comes that, “I have wasted a great opportunity by constantly listening to my own ego. It has been driving me onto unnecessary paths which lead nowhere, and it has been creating a thousand and one miseries.” The day one realizes that “The ego is the root cause of my misery,” one starts searching for a place where the ego can be dropped. The master is an excuse to drop the ego.

You can drop your ego only if you come across a person who catches hold of your heart so tremendously that his being becomes more important than your own being, that you can sacrifice all that you have for him.

Just a few days ago, I received a letter from Gunakar from Germany. In German newspapers a statement of Teertha’s has been given too much importance and has been criticized — and it can be criticized, manipulated, because what has happened in Jonestown has become the talk of the world. Somebody, a journalist from Germany, has asked Teertha, “If your master asks you to shoot yourself, to kill yourself, what are you going to do?” And Teertha said, “There is no question of thinking at all. I will kill myself immediately.”

Now, this statement can be manipulated in such a way that the place that I am creating is going to be another Jonestown. Teertha has said it out of his heart; he has not been political, diplomatic; otherwise he would have avoided such a statement. He had simply said what a disciple is bound to say.

The disciple is ready. In fact to say that he is ready to die is something less than the truth. The disciple has already died into the master; it is not going to happen in the future, it has already happened. It has happened the day the disciple accepted the master as his master: since then he has been no more, only the master lives in him.

And, slowly slowly, as the surrender deepens, the visible disappears into the invisible. The master disappears. When the disciple reaches into the innermost heart of the master, he does not find the master there but God himself, life itself — indefinable, inexpressible.

Prem Samadhi, your question is significant. You ask, “What does it mean to be a disciple?”
It means death and it means resurrection. It means dying into the master and being reborn through the master.