Osho – Beloved Master, What If you are not the Real Master? 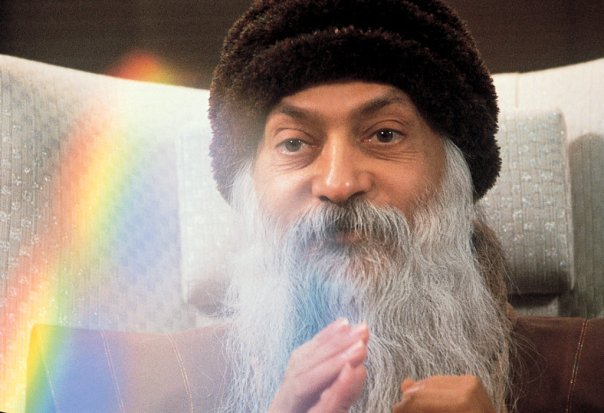 Question – Beloved Master, What If you are not the real Master? Would It still be good for me to be with you?

Osho – You are asking about a real master. I am not even a master, so the question of being real or unreal does not arise. This is the same game in different ways — the rulers, the ruled, the exploiters, the exploited; and in the spiritual world, the masters and the disciples, the saints and the sinners. But the division goes on and on.

Can’t you live without division? Is there any necessity to divide? I am not a master, and I have never been a disciple either. I have matured and centered and meditated, searched and found myself on my own accord. I have never followed anybody, and I don’t want you to follow anybody — me included.

I am just a man who has awakened, and you are still asleep. The difference is not much. You can be shocked, shaken and awakened — just a little cold water on your eyes and you will be awakened. I don’t do such drastic things, because I don’t want to interfere in your beautiful dreams. Even to interfere in anybody’s dreams, to me, is violence. You can be pulled out of the bed and given a good slap on the face and you will be awake.

But I don’t want to do such drastic things. It is transgressing, trespassing in your individual world. If you want to decide to sleep a little more, what is the harm? I have never heard that anybody has done any harm while he is asleep.

In fact, there is a story about Nadirshah, one of the most ugly monsters who has happened on this earth. He was really and absolutely inhuman.

Once, while he was invading India, a very beautiful prostitute was brought in the night to give him some entertainment, and while she was going back, she said she was afraid: “It is dark, and I have to go seven miles.”

Nadirshah said, “You don’t understand that you have been a guest of Nadirshah. You will not go in the darkness; you will go in light.”
The woman said, “But how can I go in light? It is the middle of the night.”

This man, Nadirshah, heard about a great wise man in India, and he asked him to come. The wise man said, “To come to you will be enough proof that I am not wise, so the thing will be useless. You will have to come to the well.”

Nadirshah felt intrigued and excited too. He had never seen anybody disobey him. This man must have some guts. He went to the man and he felt some strange aura and energy around him.

He said, “I have come. I want to ask you: it is said in the scriptures that to sleep too much is bad, but I love to sleep. In fact, I drink too much, and then to get up becomes difficult. The hangover… and then it is better to have more to drink and go to sleep again. What is your suggestion? Should I stop it?”

The old man said, “No. Whatever the scriptures say means nothing. They were not written for you. They had no idea that a man like you will take instructions from the books. I would suggest you should sleep twenty-four hours, you should sleep forever. There is no need to wake up.”

Nadirshah said, “This is strange advice. Twenty-four hours? Forever?”
The old man said, “Yes. Although it is against all the scriptures, but I say on my own authority that people like you need twenty-four hours of sleep, because whenever you are awake you will do some mischief. Asleep, much violence, much war, much trouble to the world will be stopped.”

That is up to you. It is not my responsibility. One thing I know: when you come out and you see the sunrise and the birds singing and the beautiful sky so colorful, and the flowers, you will be grateful to me — although the house is not on fire.

So, rather than distorting the truth and making it untrue, it is far better to create a device — which is a lie. But it works! I have brought many people out of their bedroom, asking “Where is the fire?”
And I say, “I don’t know. Just once in a while I get this urge to call ‘The house is on fire!'”

When love knocks on your door, open the door. The real beloved, in fact, does not close the door at all, but waits at the door for the lover to come, so that he need not even knock. Sannyas is a love affair. It has nothing to do with ruled and the rulers, leaders and the led. It has certainly to do with love and lovers. And the beauty of love is: it does not create hierarchy.

But I cannot impose the decision on you. At the most, love persuades. And love has many ways to persuade. It is only hate that imposes. Just looking into your eyes is a persuasion, is a message. Just the gesture of my hand is to touch your heart.

The silence that I love — and I speak only to give you these few small pauses of silence. Just look at this silence, and we all have become one. All divisions are lost and there is an immense peace, a tremendous feeling of joy arising in you. I want to give you the taste of enlightenment in as many ways as possible, so one day finally you say, “Okay. I am going to wake up now.”

Source – from Osho Book “From Bondage to Freedom”