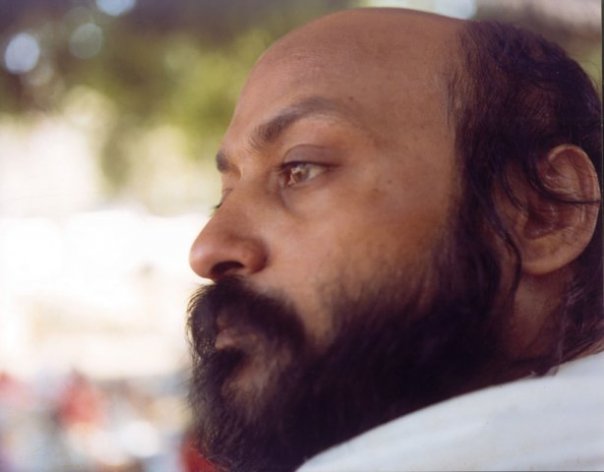 Question – What is the basis and the meaning of the word Bhagwan?

Osho – The basis is this: in India there are three religions. Hinduism uses Bhagwan to mean God. Buddhism and Jainism also use the word Bhagwan, but the meaning is not God because neither Buddhism nor Jainism believe in any god. There is no god in those religions, but Buddha is called Bhagwan Gautam Buddha and Mahavira is called Bhagwan Vardhman Mahavira; they have a different meaning for Bhagwan. Their meaning is the blessed one — one who has reached to the ultimate peak of consciousness. So there can be as many Bhagwans as there are beings; this is everybody’s birthright.

In Hinduism, the god is a monopolist, he is a fascist. In Jainism and Buddhism, Bhagwan is simply your potential. The problem arose because I was born a Jaina, and to me Bhagwan has never been a god. It has always been to me the highest consciousness achievable by everybody. The misunderstanding is not only about me; it is thousands of years old.

For example, Hindus will not accept Mahavira as Bhagwan because he has not created the world, he is not even a partial incarnation of God. They will call Rama a partial incarnation of God, they will call Krishna a full incarnation of God, but for Jainas and Buddhists he doesn’t exist as Bhagwan because Krishna’s whole philosophy is violence. The Gita is the only book which teaches the philosophy of violence so clearly. In fact it shows that Mahatma Gandhi was almost retarded. He talks about nonviolence and the philosophy of nonviolence; and he calls the Gita his mother. He never could conceive that the Gita is full of violence.

Krishna’s whole teaching to Arjuna is to go to war, to fight: “This is your religion. You are a warrior: to kill and to be killed is your life, and this is what God wants.”

I myself would not call Krishna Bhagwan, in my sense of the word. He is a politician, and a very cunning politician. I would not call Rama Bhagwan. To call Rama Bhagwan is to degrade the meaning of the word Bhagwan, because he was the man who poured melted lead into an untouchable’s ears because the untouchable had heard some mantras from the Vedas while hiding behind the trees — and that was a great sin. If a man who has reached the highest consciousness could behave in such a way, if even for him an untouchable has to be punished in such an ugly fashion… I cannot conceive of Rama as Bhagwan.

But seeing Gandhi behaving like a Hindu saint, calling the Gita his mother but not the Koran his father, Jinna naturally became afraid that this man was going to create a Hindu monarchy and Mohammedans will not have any say in this country. So I don’t make Jinna responsible for Pakistan; Mahatma Gandhi and his so-called nonviolence, which was bogus, are responsible for Pakistan. The Gita and nonviolence cannot go together.

Have you ever heard that in Jaina mythology Krishna is still in hell for teaching that philosophy to Arjuna and creating the greatest war in Indian history? After this war, India could never recover — it simply broke India’s very backbone. In Jaina scriptures, Krishna is suffering in hell; the question of calling him Bhagwan does not arise. Mahatma Gandhi was again playing the same role. The mask of a saint, the talk of nonviolence, and still the preaching of the Gita. Even the Koran is nonviolent in comparison to the Gita. Even Mohammed is nonviolent compared to Krishna.

So Mahatma Gandhi did two things: one, he created a fear in the Mohammedans that this country was going to be ruled by the Hindu religion; secondly, because he was talking about nonviolence, he repressed the whole country’s violence. And as the British moved out and the country was divided, all the violence that Mahatma Gandhi had been repressing for forty years exploded. One million people were killed — and I again point my finger towards Mahatma Gandhi. He is responsible for all this.

When my people started calling me Bhagwan there was no question of me being a god. God is an absolutely nonsensical concept, it has no meaning; it is not even a hypothesis. There is no God in existence; existence is enough unto itself. Bhagwan to me simply means everybody’s ultimate potential. Your Bhagwan may be asleep, my Bhagwan may be awake, but as far as our Bhagwatta is concerned, there is no difference.