Osho – Bhagwan, Why have you been Misunderstood? 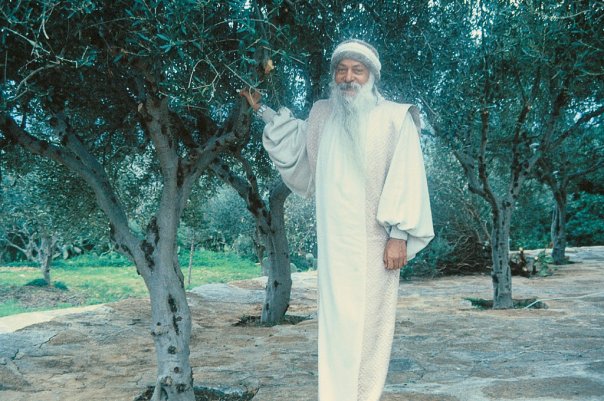 Question – Bhagwan, Why have you been Misunderstood?
Osho – It is absolutely natural. If you support people’s old mind you are never misunderstood because you are saying exactly what they believe, you are supporting them, they feel very happy with you, you gain respectability, you support their ego.

I have been doing just the opposite. I have been trying to show you that your old mind is out of date, that you need a new mind, that your old ways of thinking and living, social behavior are all rotten and they need to be changed. Naturally, there are only two possibilities: if you are very intelligent, open, clear, straightforward you will agree with me. If you are not that intelligent, not open, not straightforward you will disagree with me.

But to disagree also needs intelligence. You have to argue against me if you want to disagree. In that way agreement is easier but disagreement means you have to fight against me, argue against me and you don’t have that intelligence. So the only way is: you cannot fight against what I am saying but you can distort what I am saying and then you can fight with it, with the distortion which I have never said. First create a misunderstanding then fight with it which is easier. You have already put loopholes in it and you are fighting with a bogus thing. I have never said it.

So the people who don’t have enough intelligence and yet want to disagree naturally try to change the statements, make them according to their own ideas so that they can easily fight with them. For example, I have been speaking on sex that how it can be transformed into superconsciousness; and so much has been written about it. But everybody condemns about my statements on sex. Nobody talks about superconsciousness. And sex was not my purpose at all.

I was saying that the sex is a basic energy. Either it can reproduce children or it can create a new consciousness in you. It is a creative force. If it goes downwards it creates children, if it goes upwards it creates the highest consciousness for which we have been for centuries searching. We have called it buddhahood, enlightenment, awakening, illumination, samadhi, sambodhi… whatever the name, but it is the sexual energy that moves upwards. It is a creative force.

But strange that my basic point was not discussed at all. Those who have criticized me have criticized not me at all. They were criticizing their own imagined idea which has nothing to do with me. But this is how lower class of intellectuals will do. First they will make the argument in such a way that it can be uprooted, dissolved. They do both the things: they make the argument and then they destroy it, but it has nothing to do with me.

One of Hindu leaders, Karpatri Maharaj has written a book against me and he goes on making statements which I have never made. I wrote him a letter that `I simply want that wherever you make a statement as mine, at least give the source from where you got it; in which of my books, on what page that statement is because I have read your whole book. All your statements are just made up by yourself.’

Now ordinary people will never be able to find. They will not bother to go, and I have four hundred books, that they will look into those books and find whether this statement is true or not. They will simply think that Karpatri Maharaj has done great work. He has demolished every statement and all those statements are his own. He is demolishing himself. It has nothing to do with me, the whole book. And it propounds to be an argument against me. So it is very natural. I don’t feel any grudge or any complaint, I understand that whatever I have been doing is bound to be misunderstood, misquoted. But how long?

6 thoughts on “Osho – Bhagwan, Why have you been Misunderstood?”