Osho – Bliss and awareness are two sides of the same coin 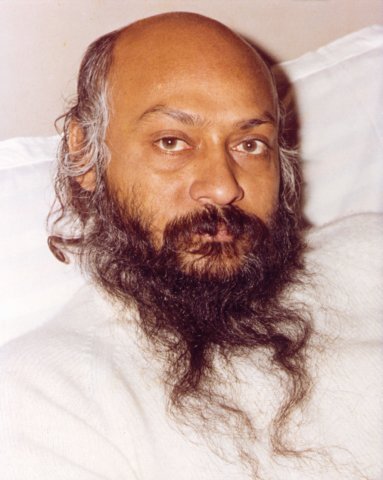 Osho – Bliss and awareness are two sides of the same coin: become blissful and you will be aware, or become aware and you will be blissful. One can do both simultaneously — and that’s the best course because then things happen in a faster way. Then it is not such a long and gradual process; both together can make an opportunity even for sudden enlightenment.

So use them both together, be blissful and be aware. They will enhance each other, they will support each other. They are not things which have to be developed separately, although that’s what has been done in the past. A few people have tried to be blissful — in the East they were known as bhaktas, devotees; and a few people have tried to be aware — they were called gyanis, the knowers.

In India there have been two basic trends; one is of blissfulness, prayer, love, devotion, surrender, the other is of awareness, meditation, watchfulness’, witnessing. Because they both worked separately it took very long. In fact it took so long that India had to think in terms of there being many lives. India is the only country which has thought in terms of there being many lives. Christianity, Judaism, Islam — they think of only one life; they have not really pondered over the matter. One life is not enough, one life is too small to grow in. There are thousand and one things to be done and the mundane takes so much that nothing is left for the sacred.

The Indian seers have been watching this, that this small life is not enough to know god, hence slowly slowly they started exploring ‘Is there any possibility of there being more lives?’ Then they found that there is a possibility; we have been before, we will be afterwards — there are many lives. But the triggering point was that they were all working either on awareness or on blissfulness — and then it takes very long. They developed the whole science of yoga so that you can live long even in this life because the work has to be completed. They started thinking of how to prolong life through physical exercises, through chemicals, through breathing exercises, they have tried many things and certainly they have found ways to prolong life. But the whole point is that if those two things can be put together there is no need to go into the tortures called yoga. You need not bother about the length of life.

These two things together can become a sudden enlightenment because they support each other, enhance each other, enrich each other. So remember it: on one hand be more blissful, cheerful, take life joyously, and on the other hand become more alert and watchful of everything — you are doing, thinking, feeling. Be aware even of your cheerfulness and be cheerful even about your awareness.