Osho – Bliss is God. Seek bliss and you will find God 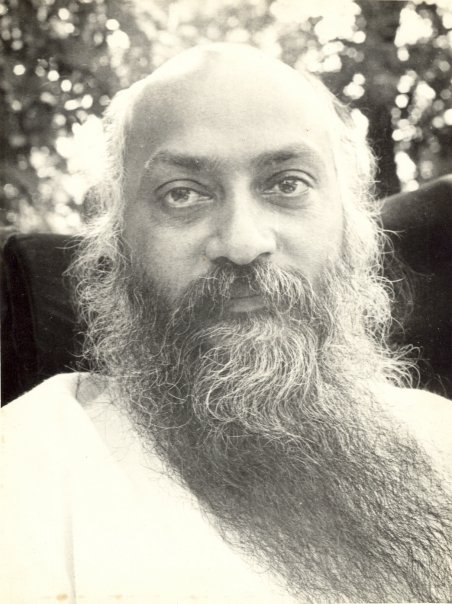 Osho – Anand Elles. Anand means bliss; elles comes from the Hebrew root el; el means God. Bliss is God. God is indefinable, but if any definition is possible at all, then bliss is his definition. The definition that comes closest to define God is bliss. Even that falls short but it is the most approximate.

Truth remains intellectual, and intellect is only a part of man’s being. Love becomes emotional; again, a part of a human being, not the whole. Bliss means: body, mind, soul, all together in a harmonious dance. Bliss means your whole being in such an attunement, in such an accord, that there is no conflict left, no tension left, no misery left. Bliss means absolute silence, but a silence that sings, a silence that is capable of celebration. Bliss means peace but not a dead peace, not the peace that exists in the cemetery, but the peace that surrounds the peaks of high mountains — alive, thriving, pulsating, no noise but a tremendous melody.

Man can deny God but man cannot deny bliss. Man can be an atheist — he can say, “I don’t believe in God. There is no God.” And in fact there is no way to prove that there is… The atheist stands on firmer ground, logically, than the theist. The theist cannot defeat the atheist in logical argumentation. It is impossible. The atheist intellectually is more right, but only intellectually.

The theist is right existentially, but existence is so vast that it cannot be reduced to intellectual terms — hence God can be denied very easily. A child can say, ‘No, I cannot believe in God because I can’t see him.’ And we have no way to prove him. Science denies God because God cannot be caught in a test tube. In fact, out of one hundred people ninety-nine are atheists. They may be Christians, Hindus, Mohammedans, they may be regular church-goers — that makes no difference. Deep down they cannot believe something which is absolutely illogical.

We are brought up in the logical way, we are educated through logic, our whole make-up is logical — and God is absolutely illogical; hence to deny God is very easy. But one cannot deny bliss. Everybody is searching for it. To deny it means to deny all significance in life. To deny it means that nothing is left except suicide. To deny it means… Then why go on living, for what? Then there is no hope: tomorrow is going to be the same as today, today is the same as yesterday; then the whole of life becomes pointless, and to live becomes cowardly.

If there is nothing to be achieved, if there is nowhere to reach, if there is no destiny, then to go on existing is simply absurd. Either a fool can do it or a coward, and both are not values worth cherishing. Bliss cannot be denied. To deny it is to commit suicide, hence I define God as bliss. We can forget the word “god”; it is only a word, the real thing is bliss. If you can be blissful, overflowing, flooded with it, God is. In that moment you have absolute proof that God is. But that proof is something absolutely subjective. You cannot make an object of it, you cannot call your friends to see it. It is not a thing, and it is so deep inside you that you and only you can reach there. You cannot invite anybody else. Hence it is so difficult to express anything about God.

The mystics have been trying ways, methods, means, to express God. A few have remained silent. If you ask the Buddha, “Is there a God?” he immediately closes his eyes and sits silently; that is his answer. He says, “Be silent, be still, and know.” You can misunderstand, you can think that he is just being rude to you. You have asked a question and he has not answered it, he does not think you worthy enough. Or you can think that he does not know, hence he is silent. Or you can think that he does not believe in God and is not courageous enough to say so. You can misunderstand his silence. Words can be misunderstood, silence can be misunderstood even more, because it is absolutely up to you what to make out of it. But when Buddha keeps silent he is simply saying, “Be silent and you will also know. This is the way to know and this is my way of expressing it.”

Or if you ask Meera, a woman mystic of India, she will immediately start dancing, singing; that is her answer. She is saying, “Dance and sing and be lost in the dance, utterly lost; abandon yourself in singing, be drunk and you will know” But you may think she is a little mad, crazy, nuts: “I have asked about God and she starts dancing. There seems to be no relevance.” There is, but it is very subtle. Unless one is very sympathetic, unless one is really open one is going to miss all these answers. But one thing is certain: Buddha is blissful in his silence, Meera is blissful in her dance. Christ is blissful even on the cross, Krishna is playing on his flute, sharing his bliss with existence… Bliss is God. Seek bliss and you will find God.