Osho – Buddha Says : ‘Awake, Be the Witness of your thoughts’ 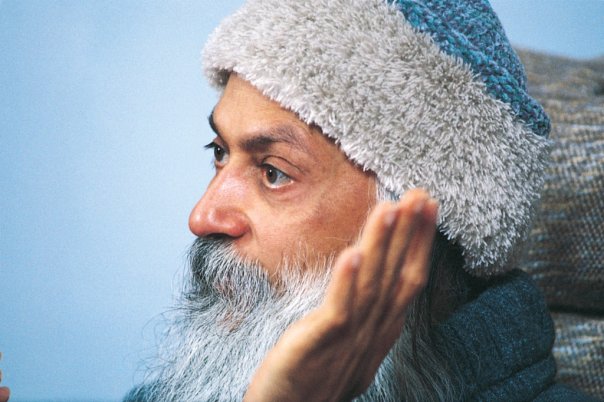 Buddha Says : “Awake. Be the Witness of your thoughts“

Osho on above Buddha Sutra – In these simple words he has given to the world the greatest meditation: vipassana. More people have become enlightened through vipassana than through any other method. There are thousands of methods but vipassana seems to be the easiest, the most perfect, and very natural. It does not demand any unnaturalness from you.

“Brother!” came a voice from the back of the church, “Are you sure that last dog didn’t die a natural death?”

You cannot kill these dogs. Either they die a natural death — but that does not bring any transformation to you — or you have to become masters. There is no need to kill… Buddha will not suggest you kill anything. Why kill anything? If you kill anger you will never be compassionate in your life, because it is anger, and the energy involved in anger, which becomes compassion. If you kill sex you will be simply impotent, that’s all; you will not attain to love. It is sex transformed that creates love energy. Love energy is confined to sex. When you bring awareness to it, sex disappears but love energy is released. Anger disappears but compassion is released. Greed disappears and sharing comes in its place.

It is not a question of killing; these are energies. Don’t be such a fool as to kill anything, because if you kill it you will miss something very essential in your life. Transform. Religion has to be the real alchemy, the science of transformation. It is not murderous.

But the stupid religious people go on murdering, destroying. They are destructive, self-destructive. Hence even if they drop their anger they don’t become graceful, they don’t attain to creativity, they don’t contribute to the world and its beauty. They are burdensome, they are not in any way a help. They are a hindrance in the progress of humanity. Buddha will not suggest to you to kill anything. He says: Just be awake. BE THE WITNESS OF YOUR THOUGHTS.

Anger is a thought, sex is a thought. Just watch, be alert, let them move on the screen — anger, greed, lust — and you remain aloof, cool, just a witness. In the beginning it is very difficult, but only in the beginning. If you persist then within three to nine months you will be able to do the impossible.

One day it happens that your witness has become so perfect that the screen remains empty, nothing passes — no thought, no desire. That day you have attained to the first state of samadhi, the first satori. And the first satori is the beginning; it triggers many satoris in you, culminating ultimately into samadhi, into nirvana.