Osho – Buddha says Just for the company’s sake, don’t move with a fool. Beware of that 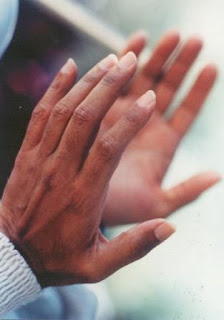 Osho – Buddha says: Just for the company’s sake, don’t move with a fool. Beware of that. I have been observing thousands of saints and mahatmas — Jaina, Hindu, Mohammedan — and I was surprised to find one thing: ninety-nine percent of them look foolish, stupid. Something dull and dead seems to be inside them.

There seems to be no flash of insight; no intelligence radiates around them. They look like walking graves. They have already died. They are worshipped because people worship death, and because people worship them they think they have arrived. They have not moved a single inch! They have even fallen below the ordinary humanity. This is my experience: that your so-called saints are far below the ordinary humanity as far as intelligence is concerned, awareness is concerned. They are not meditators, they don’t know what meditation is. In the name of meditation they go on doing something else. They are utter fools!

When Buddha uses the word ‘fool’ he means somebody who is living an unconscious life. Somebody is accumulating money in an unconscious way, not knowing why, not knowing for what, not knowing that death will come and everything will be taken away. Somebody else has renounced money, but he is as unconscious as the one who is greedy for money.
Somebody goes on stuffing himself with food and somebody else goes on long fasts. Both are torturing their bodies in different ways, but both are self-destructive. The man who eats too much tortures his body, remember it — he is also ascetic in his own way — and the man who fasts also tortures his body. Both are self-destructive.

And by self-destruction you cannot attain to liberation, to God, to nirvana. It is only through a tremendous creativity, sensitivity, awareness, that one comes home. So Buddha says: Beware of the company of the fool. It is better to be alone rather than to be with a foolish person, because the foolish person is bound to affect you. You will be with him and he will certainly infect you with his foolishness.

Intelligence is also contagious. If you live with an intelligent person you start becoming intelligent, because we are not so separate, we vibrate together. If we live with somebody for a long time we start synchronizing with the person. That’s the whole secret of SATSANG — the communion with the master.

Have you not watched it? If four persons are laughing and you are in a sad mood and you go to these people, you forget your sadness; you start laughing. Later on when you remember that you were sad, it looks very strange. How did you forget your sadness? How did you start laughing? What happened? The energy there, the space there, was totally different from you: it was more powerful than you. Those four persons were creating a certain vibe. Hence the significance of a buddhafield.

The master creates a field around himself; through his disciples he creates an energy field. To be in that energy field is a transformation in itself. But the same happens if you move with the foolish people. Just to keep company, people would like to be with anybody. They are so afraid of being alone.

Buddha wants you to beware of that. It is better to be with trees and the clouds and the river and the mountains and the ocean, because they will not make you more foolish than you are; they may even help you to become a little more intelligent, because the whole existence is nothing but intelligence. If you can be in deep communion with nature you will become more intelligent. There is all around you tremendous intelligence available, but only intelligent people can feel it. The foolish person remains closed. The fool lives in his own world; that’s why he is called the idiot. The word ‘idiot’ means one who lives in his own world, one who has his own idiom, one who has his own private reality. He is closed to the real; he has his own fantasy. He lives in his dreams.

Pat went to see the doctor about his eyes. The doctor suggested he bathe them every morning in brandy.
The next time Pat came to see the doctor, the doctor asked him how his eyes were.
“Did you follow my advice?” he asked.
“I tried to — but I can’t raise the glass higher than my mouth!”

A famous professor walked into a travel agency to buy a steamship ticket.
“To where?” the agent asked.
“Have you got a globe of the world?”
The travel agent handed him a globe. The professor turned the globe around and around looking at all the countries and continents. After thirty minutes he said, “Pardon me, haven’t you got anything else?”

Your professors, your pundits, your scholars, are not very much different. And remember, the foolish person may have a certain character. It is easy for the fool to create a certain character because he is stubborn. Stupidity is always stubborn. If some idea gets into his head he may be able to practice it more consistently than the intelligent person because he is stubborn, he cannot be flexible. He is not dynamic, he is stagnant.

That helps many foolish people to become respectable — because they can do stupid things nobody else will be able to do, but they do them with such perseverance, with such patience, with such strength, that they succeed in doing them. They can create great characters, they can be great moralists, they can be very pious, and they can impress you.

Remember, character is not of much value. What is valuable is consciousness — not conscience but consciousness. Conscience is created by the society. The more foolish you are, the more the society is able to create a conscience in you. It gives you an idea how to live your life. It manipulates you in a very subtle way. It hypnotizes you and conditions you. And the conditioning is so long that you forget completely that these are not your ideas.

The intelligent person is rebellious. He does not allow others to decide for him; he keeps the right to himself. Hence, stupid people become saints very easily because they allow the society to condition them. At least in that particular society they will be very much respected. To others they will look very stupid, to others they will look insane, but to that particular society which has conditioned them they will be great saints.

Just a few days before in Bombay, a naked Jaina saint has come — Acharya Vidyananda. He lives naked. To the Jainas he seems to be a great saint; to others he seems to be a little bit crazy, eccentric. And if you look at his face he looks stupid, although he talks on great scriptures. But his face shows simply stupidity, no radiance. His body seems ugly. If there is going to be a competition, a world competition in ugliness for Mr. Universe, then he may succeed. But to his set, to his followers he looks so great — that he has transcended his body. And all that he is doing is unnecessarily torturing his body.

If you torture the body it becomes ugly. It is a gift of God — make it beautiful. It is your home, you have to live in it — make it beautiful. But once you are in a certain conditioning, that is your whole universe. You think in terms which others have told you. Unless by some accident you come across a new idea….

Old maid Sarah possessed several million dollars, a pedigree female cat, and some very Victorian ideas on the subject of sex. In fact, her feelings about sex were such that for five years she had never allowed her cat to go out of the house for fear of “contamination.”

Deciding to take a vacation in Hawaii, Sarah instructed her housekeeper, “Now be sure you don’t let the cat out. I repeat, do not, under any circumstances, let the cat out.” After Sarah had been gone about a week, the housekeeper received a telegram, “Having a wonderful time. Met the nicest young man. Let the cat out!”

People are living in small ponds of their own ideology and it is very rare that they will come across something new that will go through their thick layer of conditioning and will make them aware what they are doing to themselves. These are the people you worship, you respect, whom for centuries you have worshipped and respected. And because of this worship and respect the whole humanity has remained tethered to the lowest possibility of intelligence. You could have reached to the Everest of intelligence, but we have not allowed our intelligence to soar high, higher than the collective mind wants it to.