Osho – Can problem be solved through thinking, Mind 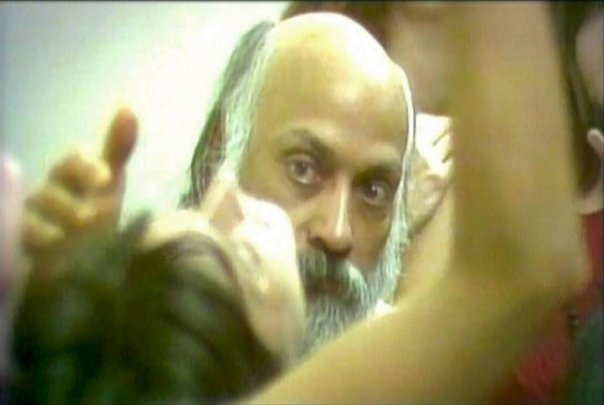 Question : Can problems be solved through Thinking?

If you are not there, the trees will be there, but not three trees, only trees. The THREE is a quality given by the mind, it is a projected quality. Mind creates mathematics, so any problem of mathematics will be solved by mind, it will be solved by thinking. Remember, you cannot solve a mathematical problem through non-thinking. No meditation will be of help, because meditation will dissolve the mind, and with the mind the whole mathematics will dissolve.

Meditation will be of help. It will give you insight, it will lead you to the unconscious roots of the problem. If you think about it, you will remain on the surface. So remember, life problems cannot be solved by thinking. On the contrary, really, because of too much thinking you are missing all solutions, and more problems are created. For example, death.

Death is not a problem created by thinking; you cannot solve it by thinking. Whatsoever you think, how can you solve it? You can console, and you can think that consolation is a solution – it is not. You can deceive yourself; that’s possible through thinking. You can create explanations, and through explanations you can think that you have solved it. You can escape the problem through thinking, but you cannot solve it. And see the distinction clearly.

For example, death is there. Your beloved dies, or your friend, or your daughter – the death is there. Now what can you do? You can think about it. You can think and you can say that the soul is immortal – because you have read it. In the Upanishads it is said that the soul is immortal, only the body dies. You don’t know it at all, because if you really know, there is no problem – or is there a problem?

You can take the explanation that the soul is immortal – now this is a trick. Not that the soul is not immortal – I am not saying that – but for you this is a trick. You are trying to deceive yourself. You are in sorrow, and now you want to escape this sorrow, so this explanation will be helpful. Now you can console yourself that the soul is immortal, no one dies, only the body – just as if one changes the clothes, or one changes the abode – so from one house to another the soul has gone. You can go on thinking, but you don’t know anything about it.

And deep down you know that you will have to die. You cannot escape death – and the fear is there. But you can go on postponing, and you can go on escaping through explanations. This won’t do. Death is an existential problem. You cannot solve it through thinking. You can create only fake solutions. What to do then? Then there is another dimension – the dimension of meditation; not of thinking, not of mentation. You just encounter the situation.

Death has occurred. Your beloved is dead. Don’t move in thinking. Don’t bring the Upanishads and the Gita and the Bible. Don’t ask the Christs and Buddhas. Leave them alone. Death is there: face, encounter. Be with this situation totally. Don’t think about it. What can you think? You can only repeat old rubbish. The death is such a new phenomenon, it is so unknown, that your knowledge is not going to help in any way.

So put aside your mind. Be in a deep meditation with death. Don’t do anything, because what can you do which can be of any help? You don’t know. So be in ignorance. Don’t bring false knowledge, borrowed knowledge. Death is there; you be with it. Face death with total presence. Don’t move in thinking, because then you are escaping from the situation, you are becoming absent from here. Don’t think. Be present with the death.

Sadness will be there, sorrow will be there, a heavy burden will be on you – let it be there. It is part – part of life, and part of maturity, and part of the ultimate realization. Remain with it, totally present. This will be meditation, and you will come to a deep understanding of death.

Then death itself becomes eternal life. But don’t bring the mind and knowledge. Remain with death; then death will reveal itself to you, then you will know what death is. You will move into the inner mansions of it. Then death will take you to the very center of life – because death is the very center of life. It is not against life; it is the very process of life. But mind brings the contradiction that life and death are opposites.

Then you go on thinking, and because the root is false, the opposition is false, you can never come to any conclusion which can be true and real. Whenever there is a lived problem, be with the problem without your mind – that’s what I mean by meditation – and just being there with the problem will solve it. And if you have really been there, death will not occur to you again, because then you know what death is.

We never do this – never with love, never with death, never with anything that is authentically real. We always move in thoughts, and thoughts are the falsifiers. They are borrowed, not your own. They cannot liberate you. Only the truth which is your own can become your liberation. And you can only come to your own truth through a very silent presence.

With any problem, that fails. Thinking will not solve the real problems, but thinking can solve unreal problems created by thinking itself – because those problems follow the rules of logic. Life doesn’t follow the rules of logic. Life has its own hidden laws, and you cannot force logic on them. One point more about this: wherever you bring the mind, the mind dissects, analyzes. Reality is one, and mind always divides. And when you have dived a reality, you have falsified it.

Now you can struggle for your whole life – nothing will be achieved, because basically the reality was one and the mind divided into two, and now you are working with the division. For example, as I was saying, life and death are one, but for the mind they are two and death is the enemy of life. It is not, because life cannot exist without death. If life cannot exist without death, how can death be the enemy? It is the basic situation. It makes life possible.

Life grows in it; it is the soul. Without it life is impossible. But mind, thinking, divides it and puts it as a polar opposite. Then you can go on thinking about. Whatsoever you think will be false, because in the beginning you have committed a sin – the sin of division. When you meditate, divisions disappear. When you meditate, there cannot be divisions, because how can you divide in silence?

We are here. Everyone is thinking in his own mind something or other; then we are different, everyone is different, because your thought is yours, and my thought is mine. In my mind I have my own dreams and you have your own. There are many individuals here, but if we all are meditating – neither you are thinking nor I am thinking, the thinking has ceased – then there will not be so many individuals.

Really, there will not be individuals at all. If we are all meditating then limitations have disappeared. When I am meditating and you are meditating, there are not two persons, there cannot be, because two silences become one.

Meditation is creating a zero within – all limitations, all divisions disappear. And that gives you the real eye, the third eye, darshan. Now you have the real eyes to see. For these real eyes reality is clear, open, revealed. And with the reality revealed, there are no problems.