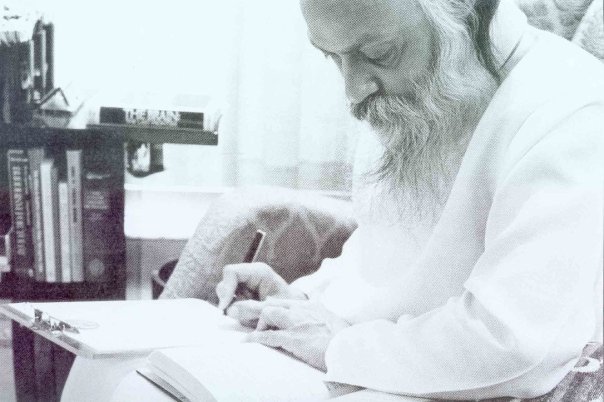 Osho – Prayer does not depend on what you say; it depends, rather, on what you are. Worship depends not on what you do but what you are. Religion is involved not with your actions but with you existence. If love is at the center of your being there will be prayer at your periphery. If there is perpetual peace at your center there will be meditation at the periphery. If there is awareness at the center your life itself becomes an act of self-purification, but the reverse is not the case.

It is very important for us to know this, for the majority of people waste their lives trying to change the periphery. They stake their all in to bring about a change in their behavior and their conduct, but even if these are altered nothing else changes along with them. However much you may modify your conduct, you will remain what your were: if you were a thief you will become a good man, if you were amassing wealth you will start giving to charity, but the you within will remain the same. For you the value of money will not change. Money had a certain value for you when you were a thief, and it will remain the same when you become a philanthropist. You certainly don’t regard it is dust, for who makes a gift of dust?

If wealth has turned to dust in your eyes will you go about giving away your rubbish others? And if someone accepts it do you think you have done him a favor? Would you expect him to thank you? In fact, if wealth is no more than dust for you, you should be grateful to the person who accepts you rubbish and does not spurn it, but a philanthropist never thinks in these terms. If he gives even one paisa he expects some return.

A miserly Marwari died. He went straight to the gates of heaven and knocked. He was confident that the gate would open for him, for had he not given alms? The gate opened and the sentry looked him over from head to foot. There people are recognized by their actions but for themselves. The sentry said, ” Sorry, sir, but there has been a mistake. Perhaps you did not know that you had to knock at the other door. Kindly go there.”

The Marwari fumed. ”How dare you!” he exclaimed. ”Do you not know who I am? Have you not heard of my alms? Why, only yesterday I gave two paisa to an old beggar woman, and the day before I gave one paisa to a blind newspaper boy.”

When he spoke of alms the guard had to open his ledger. He scanned the page under the Marwari’s name, but except for these three paisa the page was a blank. He asked, ”What other alms have you given besides these?”

The guard consulted with his associate as to what should be done with this man. His colleague said, ”Give him his three paisa and tell him to go to hell!”

Can the doors of heaven be opened by money? Whether you hold on to wealth or whether you let it go, its holds the same value in your eyes. Whether you live in the world or run away from it, its hold on you is complete. It makes no difference whether your face is toward these things or away from them; unless you bring about a radical change at the center, the journey remains more or less the same.

An inner transformation is necessary and not a change in the pattern of your behavior. As soon as there is inner change, everything changes with it. These sutras are for the inner transformation. Try to listen to each sutra very attentively. If there is even a fraction of dry powder within you, it is bound to explode; but if the powder is not dry then the sparks will fall but they will be put out immediately.

The trouble with you is not that you do not get an opportunity to hear truth, but that you are adept at smothering it. Your powder is not dry. It is soaking wet. How have you managed to make the powder wet? The more knowledge you have the wetter becomes the gunpowder. The more you think you know, the wetter your powder becomes; it is because of this knowing that you smother every spark of wisdom. Your knowledge prevents the sparks of wisdom from igniting you. Your knowledge stands as a sentry barring all entry.

You are unconscious in your knowledge. Remember, there is no intoxicant more potent than the arrogance of learning, for nowhere is the ego more subtle than here. Wealth does not feed the ego half as much. For wealth can be stolen, the government can change, communism may come in – anything can happen. You cannot rely completely on wealth, however knowledge cannot be stolen or snatched away from you. Even if he is thrown into a prison, a man’s knowledge goes along with him. Therefore a wealthy man is not half as arrogant as a learned man. It is this arrogance that dampens the powder inside you. Remove This arrogance and your powder will dry out and when it is dry a tiny spark is enough to ignite it.