Osho – Capitalism is not the cause of black markets and corruption. 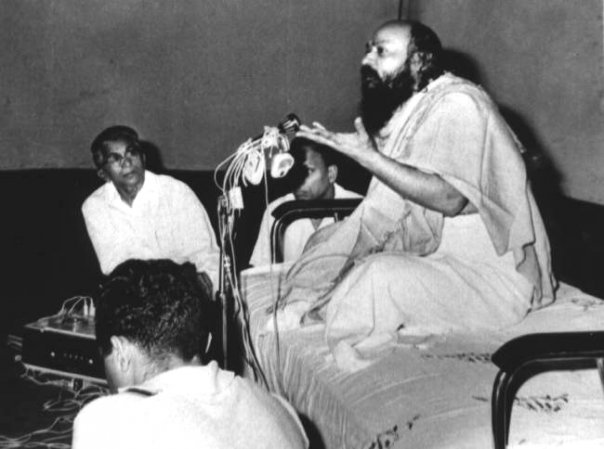 Question – Capitalism is full of corruption and black marketing. What have you to say about it?

Osho – Capitalism is not the cause of black markets and corruption. Scarcity of capital is the cause. When there is a shortage of wealth we cannot prevent corruption. Where the population is large and wealth scarce, people find ways and means to own wealth; they care little for the right ways and means. If you want to do away with corruption, then stop worrying about corruption, because corruption is a byproduct.

We have nothing to do with it. But all the politicians, all the saints, are busy fighting corruption. They say, “We are determined to end corruption.” But the real problem is different — it is lack of wealth. Corruption is the natural consequence of poverty. If there are a thousand persons here and there is food enough only for ten, do you think there will be no attempts at procuring food through stealing?

Dr. Frankel has written a small book of his memoirs. Dr. Frankel was a psychologist who was thrown into one of Hitler’s concentration camps. Mind you, Hitler was a socialist. Dr. Frankel says in his memoirs that it was in that prison camp that he came to see the real face of man. The prisoners were given only one meal in twenty-four hours, and that too was very meager. They were almost being starved. Dr. Frankel says that he saw people known as great poets, writers, physicians and engineers, stealing pieces of bread from the bags of their fellow prisoners during the nighttime. Among them were men highly respected for their character and moral values, men who held high offices like that of the mayor of a city, and they were seen begging for a cigarette on bended knees — and unashamedly. And none of them thought that he was doing anything wrong.

Writing about himself, the famous psychologist says that the bread he was given was so little that it never satiated his hunger; he was always in a state a semi-starvation. So he broke the bread into a number of small pieces to be eaten at small intervals of time so they would last for twenty-four hours. And he found that day in and day out he only thought of bread and nothing else. He forgot all about God and soul, consciousness and unconsciousness, analysis and psychology, and the rest of it — which had been the most significant things of his life. In Hitler’s concentration camp he realized that bread was everything and nothing else mattered. Frankel also admits that he was not sure that if given the opportunity he would not have stolen another’s bread.

Bribery, corruption and black marketing only prove the fact that there are too many people and too little goods. We refuse to understand this simple fact. Corruption is not a disease, it is just a symptom of a disease which is deep-rooted. When a man has a fever, it is said that he is “down with fever”. Fever itself is taken for the disease. But in reality fever is a symptom, an indication of some deep disorder in the physiology of the man who is running a temperature. Similarly, corruption is a symptom of a social disease — poverty.

But the politician and the priest believe that corruption can be ended without caring for production and population control. They say that God is sending more and more men to this earth. If God is responsible for our increasing population, then he is the most corrupting factor today, because corruption grows with the growing population. We have to restrict, even to stop this ever-flowing gift of God. We have to tell him, “Enough is enough; we don’t need more men. And if you send more, then give to each one of them
ten acres of land and a factory to work with.”

People are not immoral, as the priests and politicians would have us believe. It is the situation that is immoral. No man is immoral. Really, man is neither moral nor immoral, but the situation is immoral. And a person can be moral in an immoral situation if he strives hard, but then his whole life will be wasted in the very effort. He will not be able to do anything else. He will somehow save himself from being immoral. He will, with tremendous effort, suppress the temptation to steal; that is all he will achieve. So it is a question of changing the situation, because really the situation is immoral. No amount of anti-corruption campaigns are going to succeed if the situation is not changed. But if production grows and wealth is plentiful, corruption will go by itself. Nobody will steal if there is an abundance of wealth in the society.