Osho – Celibacy is Repressive, You suppress your sex energy 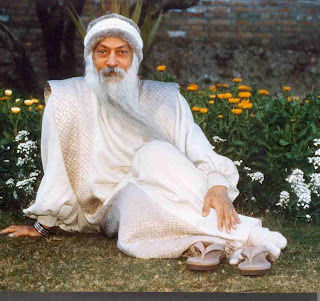 Osho – Celibacy is repressive — you suppress your sex energy — and that suppression never leads to transformation. But there are ways in which your godliness is revealed to you: suddenly, sex disappears. Not that it is suppressed. In that godliness the energy takes a totally different form. You become celibate, with no effort on your part; if there is effort then it is going to be a suppression. Celibacy is a consequence of brahmacharya.

Have you watched that when you are violent there is more sex energy? In fact, husbands and wives know well that if they fight, that night they can make love better. Why it happens? Violence creates sex energy. The more violent a person is, the more sexual he will be. Nonviolence transforms sex energy. If you are not trying to hurt anybody, if you are not interested in hurting anybody, if you have a deep love, affection, compassion towards others, you will find your sex desire is subsiding.

In fact psychologists have found a deep association between violence and suppressed sex energy. All violent arms — you push a knife or a dagger or a sword into somebody: it is just like sex energy penetrating the woman. The other’s body becomes the woman and your arms become just phallic symbols.

It may be a bullet from a machine gun and you may be far away, but it is the same. Whenever your sex energy is suppressed, you will find ways and means how to penetrate others’ bodies. Armies have not been allowed girlfriends. Only the American army is allowed — they will be defeated, and everywhere. They cannot fight in the world. American soldiers cannot fight. If you are sexually satisfied, the desire to fight disappears. They are connected.