Osho – Change gives you movement, but constant change also can be very uprooting 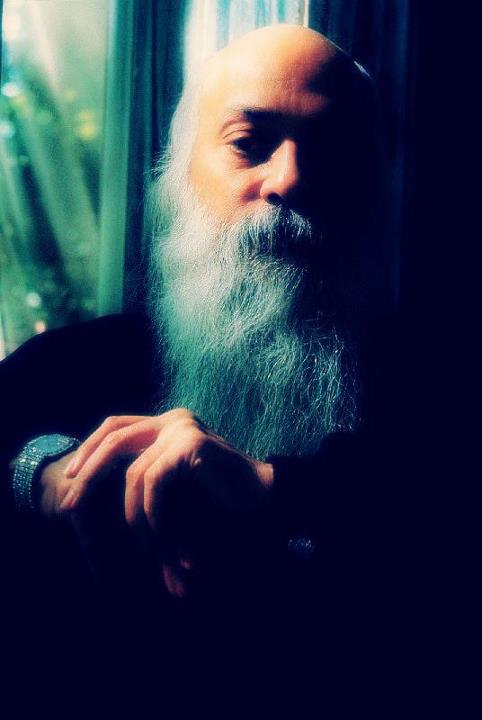 Osho – It depends…. In a way it is the same. How can it be otherwise? The same sun, the same sun rising every morning, and the same sunset, yes — but if you watch closely, have you ever seen two sunrises exactly the same? Have you watched the colors in the sky? Have you seen the cloud formations around the sun?

No two sunrises are the same; no two sunsets are the same. The world is a discontinuous continuity — discontinuous because every moment something new is happening, and yet continuous because it is not absolutely new. It is connected. So both proverbs are right. There is a proverb which says: there is nothing new under the sun; and the other proverb which seems contradictory to it which says: there is nothing old under the sun. Both are true.

You have to see the point. This is what I mean when I say life is a mystery: you cannot classify it, you cannot say definitely that this is so. The moment you say, immediately you will become aware that life has falsified you.

Are these trees the same as they were yesterday? Many leaves have fallen, many new leaves have come up, many flowers are gone. They have risen higher. How can they be the same? See, today the cuckoo is not singing. It is so silent. Yesterday the cuckoo was singing. It was a different silence: it was full of song. Today’s silence is different; it is not full of song. Even the wind is not blowing — everything has stopped. Yesterday there was great wind. Trees are meditating today; yesterday they were dancing. It cannot be the same, and yet, it is the same.

It depends on you — how you look at life. If you look as if it is the same, you will be bored. Then don’t throw your responsibility on somebody else. It is your outlook. If you say it is the same, then you will be bored. If you see the constant change, flux-like, the great whirlwind-like movement all around you, the dynamism of life, each moment the old disappearing and the new coming in; if you can see the continuous birth, if you can see God’s hand continuously creating, then you will be enchanted, thrilled. Your life will not be bored. You will be continuously wondering, “What next?…” You will not be dull. Your intelligence will remain sharp, alive and young.

I have heard an anecdote: A Judge Dunne was seated in court in New York, or rather in Brooklyn, while a very, very stupid witness was being interrogated. The attorney said, “Were you at the corner of Fourth and Elm the day of the accident?”
The witness said, “Who? Me?”

“Yes, you,” said the attorney. “Did you notice whether or not the ambulance came to care for the wounded woman?”
“Who? Me?”
“Yes, you! Did you notice whether or not the woman was seriously injured?”
“Who? Me?”
By this time, the Prosecuting Attorney was exasperated. He said, “Certainly you! Why do you think you are here?”
The witness said, “I came here to see justice done.”
Judge Dunne said, “Who? Me?”

Have you watched a dog sitting silently? A rock is Iying down just in front of him; he will not be worried. But let the rock start moving. Just have a small thread connected to the rock and pull it, and the dog will jump. He will start barking. Movement makes you sharp; then all dullness is gone. Then he is no longer sleepy. Then he is no longer dreaming about flies and other things. Then he will simply jump out of his slumber. Something has changed.

Change gives you movement, but constant change also can be very uprooting. As constant no-change can be very deadening, constant change can also be very uprooting. That is happening in the West; people are changing. The statisticians say that in America the average limit of a person doing a job is three years. People are changing their jobs, changing their towns, changing their spouses, trying to change everything — changing their car every year, their house — the whole value has changed. In England they make Rolls Royce. Their idea is so that it lasts forever, life-long at least. In America they make beautiful cars, but stability is not the quality to be bothered about — because who is going to keep a car for his whole life? If it lasts for one year, enough. When the American goes to purchase a car, he does not bother about stability; he asks about exchangeability. The English still ask about durability, stability, whether the car will be durable because he purchases once, and finished. He’s very old-fashioned. He does not know any divorce, even with a car. Once married, married. He’s very monogamous even with a car. He’s very sincere. The American lives in a world of change — everything is changing — but then the American has lost the roots.

I was always surprised going back to my town. That was the first thing that I would see: that in this town time does not exist. Everything seems to be eternally the same. But then people have roots. They are dull but they are very rooted. They are very comfortable, happy. They are not alienated. They don’t feel strangers. How can they feel strangers? — everything is so similar. When they were born it was the same; when they die it will be the same. Everything is so stable. How can you feel a stranger? The whole town is like a small family.

In America everything is uprooted. Nobody knows where one belongs. The very sense of belonging is lost. If you ask somebody; “Where do you belong?” he will shrug his shoulders — because he has been to so many towns, to so many colleges, to so many universities. He cannot even be certain of who he is because the identity is very loose, fluid. In a way it is good because the man remains sharp and alive, but roots are gone.

For me, both things have been tried: stability, rootedness, nothing new under the sun — we have tried it in the past, for many centuries. It rusted the human mind. People were comfortable but not very alive. Then in America, something new has happened and it is spreading all over the world, because America is the future of the world. Whatsoever is happening there is going to happen everywhere, sooner or later. America sets the trend. Now people are very alive but unrooted, don’t know where they belong. A great desire to belong has arisen. A great desire to be rooted somewhere, to possess someone and to be possessed by someone: something durable, something stable, something like a center — because people are moving like wheels and there seems to be no rest. And it is great stress: continuously changing, continuously changing. And change is accelerating every day, becoming faster and faster. Now they say that big books cannot be written because by the time you write a big book it is out of date. Knowledge is changing so fast, so only small booklets are possible. So they reach — before knowledge changes, they reach to people. Otherwise, before they reach the market, already the books will be out of date and useless, rubbish.

Everything is in such a great change and turmoil and chaos, and man feels deeply stressed, great strain and tension. Both have their benefits and both have their curses.

To me, a synthesis has to be made between these two orientations. One should be aware that life is both the old and new together, simultaneously — old because the whole past is present in the present moment; new because the whole future is potentially present in the present moment. The present moment is a culmination of the whole past and the beginning of the whole future. In this moment, all that has happened is hidden, and all that is going to happen is also hidden. Each moment is past and future both, a convergence of past and future. So something is old and something is new, and if you can become aware of both together, you will have sharpness and roots both together. You will be at ease, without any stress. You will not become dull, and you will be very conscious and alert.

I have heard…. Mistress MacMahon went beserk one afternoon. She broke every dish and cup and reduced her usually spotless kitchen to shambles. The police arrived and took her to the city’s mental institution. The head psychiatrist sent for her husband.

“Do you know any reason,” asked the shrink, “why your wife should suddenly lose her mind?”
“I’m just as surprised as you are,” answered Mr. MacMahon. “I can’t imagine what got into her. She has always been such a quiet, hardworking woman. Why, she has not been out of the kitchen in twenty years!”
Now then, one is going to go mad. It is as simple as two plus two make four. If for twenty years one has not been out of the kitchen, it is maddening. But the opposite is always maddening. If you have never been to your home for twenty years, and have just become a vagabond, always arriving and never arriving anywhere, always reaching and never reaching anywhere; if you have become a gypsy and you don’t have any home, then too you will start going mad.