Osho – Chuang Tzu says: Character is not to be cultivated 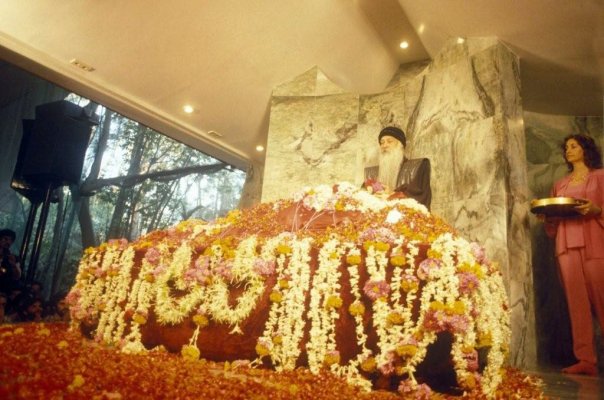 Osho – Chuang Tzu is saying that the halo of saintliness around you shows that you are still there. The halo that you are good is sure to create calamity for you, and calamity for others also. Lao Tzu and Chuang Tzu – master and disciple – have never been painted in pictures with halos, auras, around them. Unlike Jesus, Zarathustra, Krishna, Buddha, Mahavira, they have never been painted with an aura around their head, ”because,” they say, ”if you are really good no aura appears around your head; rather on the contrary, the head disappears.” Where to draw the aura? The head disappears.

All auras are somehow related to the ego. It is not Krishna who has made a self-portrait, it is the disciples. They cannot think of him without drawing an aura around his head – then he looks extraordinary. And Chuang Tzu says: To be ordinary is to be the sage. Nobody recognizes you, nobody feels that you are somebody extraordinary. Chuang Tzu says: You go in the crowd and you mix, but no one knows that a buddha has entered the crowd. No one comes to feel that somebody is different, because if someone feels it then there is bound to be anger and calamity. Whenever someone feels that you are somebody, his own anger, his own ego is hurt. He starts reacting, he starts attacking you.

So Chuang Tzu says: Character is not to be cultivated because that too is a sort of wealth. And so-called religious people go on teaching: Cultivate character, cultivate morality, be virtuous.

But why? Why be virtuous? Why be against the sinners? But your mind is a doer, you are still ambitious. And if you reach paradise and there you see sinners sitting around God, you will feel very hurt – your whole life has been wasted. You cultivated virtue, you cultivated character, while these people were enjoying themselves and doing all sorts of things which are condemned, and here they are sitting around God. If you see saints and sinners together in paradise you will be very hurt, you will become very sad and miserable – because your virtue is also part of your ego. You cultivate saintliness to be superior, but the mind stays the same. How to be superior in some way or other, how to make others inferior, is the motive.

Chuang Tzu says: If you cultivate your character and outshine others, you will not avoid calamity. Don’t try to outshine others, and don’t try to cultivate character for this egoistic purpose. So for Chuang Tzu there is only one character worth mentioning, and that is egolessness. All else follows it. Without it, nothing has worth. You may become godlike in your character, but if the ego is there inside, all your godliness is in the service of the devil; all your virtue is nothing but a face and the sinner is hidden behind. And the sinner cannot be transformed through virtue or through any type of cultivation. It is only when you are not there that it disappears.

Osho on Navel Center – Lao Tzu says, “The navel is the centre and not the heart or the brain’