Osho – Commit, involve! Involve yourself with life, get committed to life 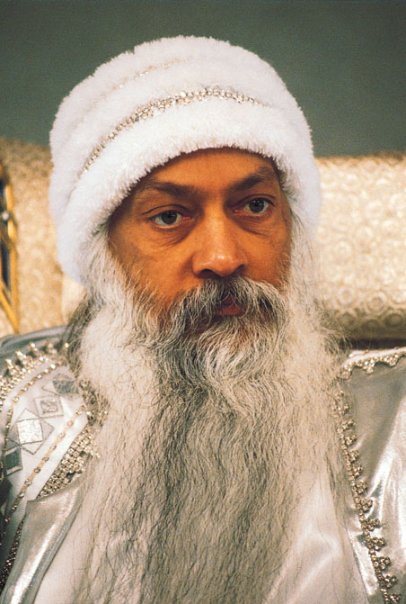 Osho – Mind is vacillation, mind is either/or, mind is always in that space of “to be or not to be.” If you really want to grow, mature, if you really want to know what this life is all about, don’t vacillate. Commit, involve! Involve yourself with life, get committed to life, don’t remain a spectator. Don’t go on thinking whether to do or not — “Should I do this or that?” You can go on vacillating your whole life, and the more you vacillate, the more trained you become in vacillation.

People are just sitting on the fence. Millions of people are fence-sitters — this way or that, just waiting for the opportunity to come. And the opportunity will never come, because it has already come, it is there!

My own suggestion is that even if sometimes it happens that you commit to the wrong thing, even then it is good to commit, because the day you will know it is wrong you can get out of it. At least you would have learned one thing: that it is wrong, and never to get into anything like that again. It is a great experience; it brings you closer to truth.

Why do people vacillate so much? — because from the very childhood you have been told not to commit any mistakes. That is one of the greatest teachings of all the societies all over the world — and very dangerous, very harmful. Teach children to commit as many mistakes as possible, with only one condition: don’t commit the same mistake again, that’s all. And they will grow, and they will experience more and more, and they will not vacillate. Otherwise a trembling… and time is passing by, out of your hands, and you are vacillating.

I see many people standing on the shore vacillating, whether to take the jump or not. Here it happens every day. Just a few days ago, one young man came to me. For three years he has been vacillating whether to take sannyas or not. I said, “Decide either yes or no, and be finished with it! And I am not saying decide yes, I am only saying DECIDE. No is as good as yes. But wasting three years? If you had taken sannyas three years ago,” I told him, “by this time you would have known whether it is worth it or not; at least one thing would have been decided. Vacillating three years, nothing has been decided. You are in the same space, and three years have gone by.”

Watch anything in the mind, and you are cut off. Watching is a sword. If a thought is moving in your mind, just watch it — and suddenly you will see the thought is there, you are here, and there is no bridge left. Don’t watch, and you become identified with the thought, you become it; watch, and you are not it. Mind possesses you because you have forgotten how to watch. Learn it.

Just looking at a roseflower, watch it; or at the stars, or the people passing on the road, sit by the side and watch. And then slowly slowly close your eyes and see the inner traffic moving — thousands of thoughts, desires, dreams, passing by. It is always rush hour there.

Just watch as somebody watches a river flowing by, sitting on the bank. Just watch — and watching, you will become aware that you are not it. Mind is being identified with it. No-mind is being disidentified with it. Don’t be a mind, because in fact you are not a mind. Then who are you? You are consciousness. You are that watchfulness, you are witnessing, you are that pure observation, that mirrorlike quality that reflects everything but never becomes identified with anything.

The day you know, “I am consciousness,” you have known the universal truth, you have come to the goal. Socrates says, “Man, know thyself.” That is the teaching of all the buddhas: Know thyself. How are you going to know yourself? If mind remains too much and goes on clamoring around you, goes on making great noise, you will never hear the still small voice within. You have to become disidentified with the mind.