Skip to content
Osho on Buddha Buddhism Osho on Consciousness 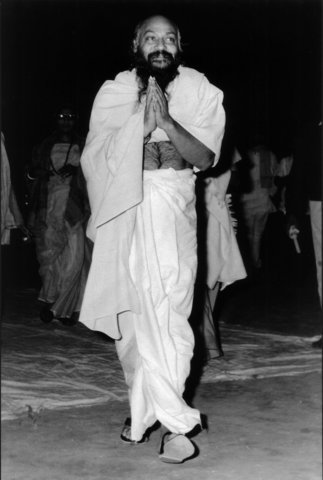 Question – Beloved Master, Can the watcher, the consciousness, ever be judgmental about what he sees, or is it still the ego judging the ego, the mind condemning itself?

In Gautam Buddha’s time there was a man who was very angry, violent, and for some reason he became so murderous that he took a vow that he would kill one thousand people and cut off their heads. And just to remember how many he had finished off, he would also cut from each, one finger. And out of those fingers he made a garland — just to keep count. He was not very educated. One thousand was a big number. And it would take years to kill one thousand people. He moved outside the city and he killed many people, almost nine hundred and ninety-nine. His name became known as Angulimal, the man who wears the garland of fingers.

And his terror was so great that the road was no longer functioning — nobody was going on the road where he used to live. Even kings were afraid to move with their armies on that road. A single man had threatened the whole empire. He lived in the empire of Prasenjita. Gautam Buddha was going from Prasenjita’s empire to another empire, and finding a beautiful road absolutely without traffic, he chose it.

His disciples said, “What are you doing? Have you not heard about Angulimal? Even his own mother, who used to visit him before, is now afraid to come to see him because he needs only one finger more to complete his garland. And he is such a man he would not even hesitate to cut the head of his own mother. So even his mother is no longer coming to see him. What are you doing?”

Gautam Buddha said, “If you had not told me I might have changed the route, but now it is impossible. The man is suffering because he needs one finger, because he needs to cut one head. I have one head and I have ten fingers and if nobody goes on this road then how is that poor man going to fulfill his goal? I am going. If I cannot go then nobody can go.”

Angulimal was making his sword more sharp. He was rubbing it on a stone, on a rock, because for many days nobody had come that way and today he saw, from far away in the distance, that a few people were coming. So he was getting ready. He was immensely happy that today his desire would be completed. But as Gautam Buddha came closer, he saw the man — he saw the beauty of the man, he saw the peace and the love and the compassion of the man. And even the man who had killed nine hundred and ninety-nine people without any consideration, hesitated: “This man is not worth killing. The world needs this type of man more and more. I am a sinner, a murderer, but I am not so fallen as to kill this innocent man.”

So he shouted at Gautam Buddha, “Listen, don’t move a single foot closer to me! Return back. This is the first time I am allowing someone to go back alive. Perhaps you are unaware of me, I am Angulimal, and look at my garland of fingers. I have killed nine hundred and ninety-nine people. And if you step one inch more then I will not take into consideration who you are. I can see you are no ordinary man. I have killed kings, but I have never seen such beauty and such radiance; I have never seen such eyes so penetrating. You are unique. Please listen to me and go back. Don’t force me to kill you.”

Gautam Buddha said, “Angulimal, you are wrong. I stopped moving almost thirty years back. The day my mind stopped, all movement stopped. It is desire that keeps people moving. I don’t have any desire, how can I move? I am not moving, Angulimal, you are moving. Your mind has so many thoughts, so many desires, you are constantly moving even while you are asleep. So you stop! I am not going to stop because I have already stopped thirty years ago.”

Angulimal said, “You are not only innocent, beautiful, and a unique being, you are also mad! You are coming closer to me — I am standing, and you are saying that I am moving and you are not moving.”
“But it is no joke,” Buddha said. “You have to understand it clearly.”

Angulimal shouted, “You see this sword shining in the sunlight? Soon it will cut your head off. Listen to me!”
Buddha said, “I cannot do anything. One cannot stop twice. You have just to forgive me. Everything has stopped. Time has stopped, mind has stopped… everything has stopped for me. For thirty years there has been no movement.”

And he went on coming closer to Angulimal. Finally, Buddha was just standing in front of him and he told Angulimal, “If you want you can cut my head; in fact, I have come only for you. Hearing that you have been waiting for years only for one head, this is too much; somebody should take compassion. And I have no use for this head, I have no use for this body. I can live without this body. You can have the head, you can have my fingers… whatever you want…. But before you do it, would you respect the wish of a dying man?”

Angulimal said, “Yes, I would not have listened to anybody, but you are a man of tremendous courage. You have even made me afraid. Whatever you wish I will fulfill.”
Gautam Buddha said, “Then cut a branch of the tree under which we are standing.”

Angulimal immediately cut a branch with his sword and said, “Strange, you are proving stranger and stranger! What kind of wish is this?”
Buddha said, “It is only half of the wish. The other half is: now join it back.”

Angulimal said, “My God, I have come across a madman! How can I join it?”
Buddha said, “If you cannot join it, then what right have you to cut it? Secondly, by cutting you think you are a great warrior? Any child can do that. If you have some intelligence and courage, join it. That will prove your mettle — not cutting.”
Angulimal said, “That is impossible.”
Gautam Buddha said, “Then drop that garland of nine hundred and ninety-nine people — throw it away. Throw this sword. These are not for really brave people; these are for cowards to hide their cowardice. I will make you a really brave person.”

Angulimal said, “That I can understand. You are the most brave man I have ever come across.”
He threw the sword, he threw the garland of fingers, and he fell at the feet of Gautam Buddha and asked him, “Please initiate me. I know you cannot be anybody other than Gautam the Buddha. I have heard about Gautam the Buddha and I can see that nobody else is standing in front of me.”

Buddha initiated Angulimal. Now this I say is a man of awareness — he has no discrimination. He did not say, “You are such a sinner. You have killed so many people single-handedly that no murderer can compete with you… in the whole history of man, single-handedly. And now you want to become a saint?”

No, he gave him initiation. His disciples could not believe that he would do it. He had refused great scholars, he had refused great pundits, and he was not refusing a sinner. It was getting late, so they had to come back to Prasenjita’s capital. Prasenjita heard what had happened. He himself was so afraid of Angulimal he had stopped traveling on that road. And he was very much worried because Angulimal was so close to the palace and that man was simply mad.

Prasenjita came the next day to see. He had always respected Gautam Buddha. He had always come to listen to him. It was the first time he came with his sword — you don’t go to listen to an enlightened man with a sword. And Prasenjita said, “Forgive me. I had to bring this sword because I hear you have initiated Angulimal” — and he was so nervous and perspiring.

And Buddha said, “Yes. But there is no need to bring a sword. Angulimal is now a sannyasin, a bhikkshu. You are not to be afraid of him.”

But Prasenjita said, “That’s okay. Where is he? I just want to see his face. That man has been a terror my whole life.”
Angulimal was sitting just by the side of Gautam Buddha. And Buddha said, “Look at this person — this is Angulimal.”
And hearing the name of Angulimal and seeing him, Prasenjita immediately pulled his sword. His name was such a fear, such a terror.

Buddha laughed. Angulimal laughed; he said, “Keep the sword in the sheath. If you are such a swordsman, then you should have come while I was Angulimal. Now I am a sannyasin. Keep it in the sheath!” And the way he said this, Prasenjita had to keep it in. Angulimal was, after all, Angulimal. Even the emperor had to follow the order.

Buddha said, “Angulimal, you will have to change your tone. You will have to change your ways because now you are a sannyasin. Today you will go begging, and anything can happen because this whole capital has been in terror of you. When you go to beg perhaps you may not get any door open… just the fear…. But don’t feel offended, those poor people can’t see the change. Perhaps they may start taking revenge, but now you have to prove that you are a sannyasin.”

Angulimal went ahead. Buddha followed him from far back to see what happened. And actually this is what happened — no door opened; nobody came to give him anything to eat. People started throwing stones, standing on their terraces, on their roofs — still afraid, not coming close. But they had piled up stones on their roofs, on their terraces, and they were throwing stones. Finally, Angulimal fell on the road and they continued to throw stones. He was bleeding all over the body.

When Buddha arrived he was covered with blood and stones. He pulled him out of the stones — it was his last moment. Buddha said, “Angulimal, you have proved that you are a sannyasin. You have proved that a sinner can become a sannyasin in a single moment. You lived like a sinner but you are dying like a saint.”
Angulimal touched Buddha’s feet and died.

Hundreds of times Buddha was asked, “Why did you initiate a sinner?”
And Buddha again and again said, “In my consciousness there is no distinction. The society may call somebody a sinner and somebody a saint — that is their distinction. But my consciousness only reflects the truth behind the mask. And I could see the immense potentiality of the man — wrongly directed. He needed only a slight turn, just a compassionate, loving turn. He proved a better saint than many of my other sannyasins are going to prove. And he was my youngest sannyasin — not even one day old. It was just last evening, yesterday, he was initiated. Only one night has he been with me.”

Source – Osho Book “The Sword and the Lotus”