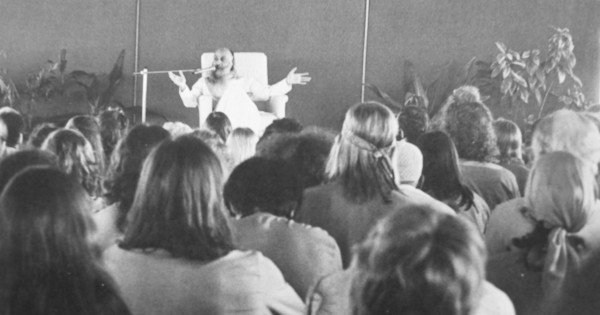 Osho – Ordinarily when a person dies, it is only his physical body that dies, he and his mind do not die with the body. Ordinarily the mind of the dying person goes with him, and for a little while after death he retains all his memory of his previous life. It is like what happens with our dreams. After you wake up from sleep you remember your dreams for a little while. Slowly the memory of dreams begins to fade and by noontime it fades away completely. And by the even ing you cannot say even a word about them.

Although you dream in your sleep, in your unconscious state, yet on waking you can clearly recall a few fragments of your dreams, particularly the latter part of your last dream. It happens because in the latter part of your sleep you begin to wake up and you are only half asleep. You can remember the dreams fully or partly that visit you in your half-asleep and half-waking state. But even this memory does not last long; as hours pass it disappears. In the same way a man’s bodiless soul remembers its previous life, its friends and relatives for a little while after his death. And this memory is rather painful, because he cannot relate with them any more.

It is for this reason that we do a few things. Soon after someone close to us meets his death, so that he is relieved of the memories of his past associations and attachments. Now it is not good to carry them, because they are very painful. Hindus cremate the dead bodies of their relatives soon after their death; they try not to delay if it is avoidable. And it is significant. Cremation destroys all identity and attachment of the dead with their bodies, because they remember their past only through the medium of their dead bodies. The dead body serves as a bridge between the released soul and his past life. So cremation is in the interest of the departed souls.

When somebody dies suddenly or in an accident, he doesn’t know he is dead. For a little while he feels stunned and bewildered to see that he is separated from his body, maybe, something has gone wrong somewhere. It happens because inside the body nothing really dies except that the soul leaves the body.

Not a few, but the majority of souls feel utterly confused and confounded soon after their death. No one can figure out why his family members are weeping and crying, why there is so much grief all around, because he feels as much alive as before, except that his body is a little separate from him. It is the body that gives him a sense of continuity, because it is the medium of all his associations with the past. Only meditative people, those who have experienced deep meditation can escape being pulled and bewildered, because they know that they are separate from their bodies.

Soon after cremation or burial of a dead body the soul is gradually freed from its past memories and associations. It is like we gradually forget our dreams. It is on the reckoning of time taken by different kinds of souls that we have different death rites for our dead. Some people, particularly children take only three days to forget their past associations. Most others take thirteen days; so some communities in the East have thirteen-day long death rites. There are a few souls — souls with very powerful memories — who take a year’s time for this purpose. Because of them, some of our death rites are spread over a full year. Three to thirteen days are the general rule, and very few souls survive without bodies for a full year; most of them are reborn with new bodies within a short time.

A person who dies with awareness, who remains fully conscious and aware at the time of his death, does not die really; he knows he is deathless. He is not dying, he is leaving his old body like we discard old clothes. And a person who attains to such a state of deep awareness is rare; he is free of all attachments and psychological memories. He has neither friends nor foes; he is free of all cravings and desires. He is a class by himself; dying with awareness he will be born with awareness, unencumbered by his past.

Just as one remembers his past for a while after death, so he does after his new birth too. A newborn child carries with him for a brief time the memories of his previous life as a spirit. But by and by this memory fades away and by the time he learns speaking it is completely lost. It is rare that a child remembers his past life even after he is articulate and able to communicate with others. He is called a freak of nature. He must have been a man of rare memory in his past existence.

Source – Osho Book “Krishna: The Man and His Philosophy”