Osho – Death can be as beautiful as anything else. West has completely forgotten how to Die 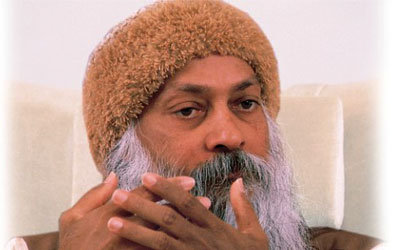 [A sannyasin said she is upset about her father, who is ill with emphysema: I feel unclear about my relationship with him. I feel a mixture of guilt and fear. Osho checks her energy.]


Osho – A few things to be understood …. Yes, there is something …. You have not loved him. But it is nothing special – it happens to every child, to almost every child. And it is not too late; you can still make it. So when you go back home, love him as much as you can. And the best way to love him will be to bring him some meditative energy. That will be the only gift that you can give to him before he leaves…. If he has to leave, then he should leave in meditation. Then you will feel very very fulfilled – you have been able to give him something.

So a few things…. One: go back, mm? and don’t talk about his illness, don’t talk about his body and the deteriorating lungs – that is meaningless, that is meaningless. Just love him as much as you can. Hug him, hold his hand, sing a song to him, dance around him and help him in any way you can, mm? Whatsoever you can do, do. And whenever he is just Lying down on the bed just sit by his side and go into deep meditation.

In that moment your silence will be felt by him. One day he will say that something remendously new has happened to him; then the silence is transferred. So just become as silent and empty as possible – and that’s the way to prepare him for his new journey, otherwise you will always feel guilty. We don’t cry because our parents die – everybody’s parents die – we cry because we could not love them; while the time was there, we missed. So nothing to be worried about. Just go… and you are ready to love! Before you were not even ready to love so there was no point.

Now you are ready to love, now you have something to share – you can share me with him! So dance is his room: just tell him to lie down with closed eyes and do your meditation – Kundalini or Nataraj or just humming – and let him listen silently. By and by fill his whole room with silence and meditation. Read a few books to him, a few passages from my talks. You can take a few tapes – he can listen. Make him ready.

Death can be as beautiful as anything else. The west has completely forgotten how to die – naturally, because it has forgotten how to live . Just the other day I was reading about Aldous Huxley. When he was dying he asked his wife, Laura Huxley, to give him LSD so that he could become silent and could die happily. The LSD was given to him, and Laura Huxley writes that he became very peaceful, very silent, and he died… but this silence and this peace is cheap.

This is just a deception. And if a man like Aldous Huxley has to use such cheap things to die then what to say about others? If you die consciously, totally silent, joyful, ready to go on the new venture, then death is tremendously beautiful. It will reveal something that life has not revealed – it will reveal to you god himself – because death is a door.

If you don’t cling to life, then suddenly you become able to see what death is. Because you cling too much to life, your clinging does not allow you to see the reality of death. Otherwise death is not death at all – it is just a change of clothes. You are changing your body, moving into a new vehicle… and good! Your father has suffered so much – he will be having a new body, a better body, so let him go with joy and celebration. Bring with you joy, celebration, meditation, love, mm? You will be able to.