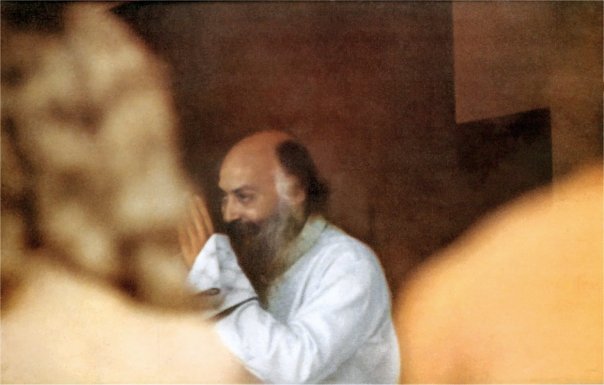 DEVAVANI is the Divine Voice which moves and speaks through themediator, who becomes an empty vessel, a channel. This meditationis a Latihan of the tongue. It relaxes the conscious mind so deeplythat, when done last thing at night, is sure to be followed by aprofound sleep. There are four stages of 15 minutes each. Keep youreyes closed throughout.

Third Stage: 15 minutesStand up and continue to speak, allowing your body to move softly inharmony with the sounds. If your body is relaxed the subtle energieswill create a Latihan outside your control.

Fourth Stage: 15 minutesLie down, be silent and still.The only thing to be remembered is that those sounds or wordsshould not be of any language that you know. If you know English,German, and Italian, then they should not be Italian, German, orEnglish. Any other language that you don’t know is allowed –Tibetan, Chinese, Japanese! But if you know Japanese then it is notallowed – then Italian is wonderful!

Speak any language that youdon’t know. You will be in a difficulty for a few seconds only for thefirst day, because how do you speak a language you don’t know? It can be spoken, and once it starts, any sounds, nonsense words just toput the conscious off and allow the unconscious to speak, willhappen.

When the unconscious speaks, the unconscious knows nolanguage. It is a very, very old method. It comes from the oldtestament. In those days it was called glossolalia. A few churches inAmerica still use it. They call it ‘talking in tongues’. And it is awonderful method, one of the most deep and penetrating into theunconscious.Don’t make it feverish, let it be a deep deep comforting energy,nourishing, sing-song. Enjoy, sway, if you feel like dancing, dance.But everything has to be very graceful, that you have to remember. Ithas not to become cathartic.