Skip to content
Osho on Death Dying Osho on Zen 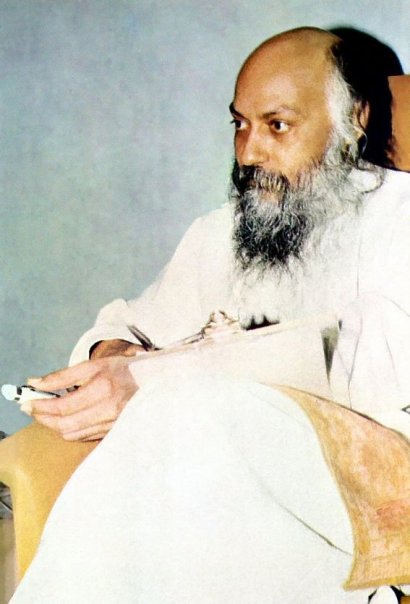 Osho – I have seen many people die. They die like beggars, clinging; they don’t want to die because they have not lived yet, and death has come. But when there was life, they wasted it. Now that death has knocked on their doors they have become aware of the wastage of life.

But a man who has lived totally will open the doors, will welcome death, because death is not your enemy. It is simply a change of house: from one body into another, from one form into another or, ultimately, from form to the formless life that surrounds the earth. A religious man not only lives religiously, he dies religiously.

A man of art lives artfully, and lives not only artfully, but dies too with great art. One Zen master was asking his disciples – his time of death had come – and he said, ”Before I go I want to discover some unique way to die. You know me. I don’t want any repeating, copying, being just a follower of somebody. Tell me, is there some way that I can die uniquely?”

One man suggested, ”Perhaps you can die sitting in a lotus posture?” But others said, ”Many sages have died sitting in a lotus posture, so that is not new.” Somebody said, ”You can die standing.” And they were talking as if it was just a playfulness – it should be playfulness – but one man objected. He said, ”I know about a sage who died standing.”

Then somebody else suggested, ”Then there is only one way. You stand on your head! Die standing on your head, I don’t think anybody has done that before.” The master said, ”That seems to be good, so goodbye fellows.” And he stood on his head, and died.

Now the disciples were at a loss. They knew what to do with a dead body when the dead body was lying on the bed, but they had no precedents of a man standing on his head, and dead. ”What should we do with him? And if he was so unique, the old fellow should have told us also what we should do afterwards.”

Somebody ran; and the sister, older than the man, came with great anger and she was shouting from the door, ”He has been a nuisance all his life, never behaved the way people are expected to behave. But at least I never thought that in dying also he will be a nuisance.

Where is he?” So the crowd gave way to her, and she told him, ”Bokoju, you idiot! You have become enlightened, but you don’t forget your mischievousness. Get down from this posture and lie down on the bed in a proper way.”

Bokoju had to; an elder sister cannot be disobeyed. The people could not believe it. They had checked in every way – his breathing had gone, his heart had stopped. He came back and he lay down on the bed and he said to his sister, ”Okay, you can go now, I will die in a proper way.”

The sister went away, and he died in a proper way. They again checked. It was exactly the same: no breathing, no heartbeat. The man must have been waiting at the fourth stage, knowing or watching from that depth what his disciples would do now. And seeing them in a great dilemma, he must have enjoyed it immensely.

To die in such a beautiful way, as if you are playing, should be a simple thing for all those who have lived perfectly and totally. Bokoju made death also a beautiful experience, not only for himself but for others too.