Osho on Heaven and Hell, Heaven and hell are not realities but ways of living 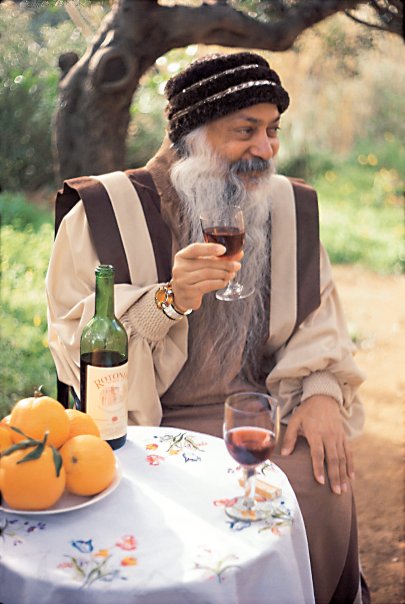 A Zen Master was asked by the Emperor of Japan…. The Emperor had come and asked the same question, Krishna Deva. Maybe you are the reincarnation of the same Emperor! Because the Japanese tend to be reborn in India — this is the land of their Master, Buddha. Every Japanese keeps the desire to come to India some day. If they die without coming in this life, they are reborn here. They die with the desire.

The Emperor reached the Zen Master and asked him, “What is hell and what is heaven?”
The Zen Master looked at the Emperor and said “You son-of-a-bitch! Have you looked at your face in the mirror lately? I have never seen such a dirty-looking fellow before!”

The Emperor was enraged! He had not expected such a thing from such a great saint. You don’t know great saints! You know only small, puny saints. A real saint is not a cat, he is a tiger. The Emperor was so enraged that he pulled his sword out of its sheath. He was going to cut the head of the Master.

Just as the sword was coming closer, the Master said, “Wait! You are entering hell. This is the gate to hell.” The way the Master said “Wait!” was so powerful that the Emperor’s hand was stopped in the middle, and he understood — “True!” He threw the sword away, fell at the feet of the Master, and the Master laughed and said, “This is the way to heaven! You have already experienced both within a single moment. The distance is not far.”

Whenever you are surrendered to existence, whenever you live in trust, love, prayer, joy, celebration, you are in heaven. But what I am doing here is to help you to go beyond both — because the person who lives in heaven can fall into hell any moment.

They are not far away, they are very close by…just a small fence and that too is tattered because it is very old. And for centuries there has been an argument as to who should repair it. The Devil is not ready. Why should he be worried about it? Nobody wants to enter hell! If it is God’ worry that hell people may enter into heaven, then he should repair it. But God is a miser, and they go on quarreling.

One day it happened: God said, “If you don’t repair the fence — which has really been destroyed by your people and your nuisance on the other side, our people have not done anything — I am going to court!”

When the stars shine you don’t shine. When the clouds are in the sky floating in freedom don’t enjoy the freedom. When the cuckoo calls from a distant wood and you remain deaf. When the peacock dances you don’t dance. This is hell! And you are the creator of it.