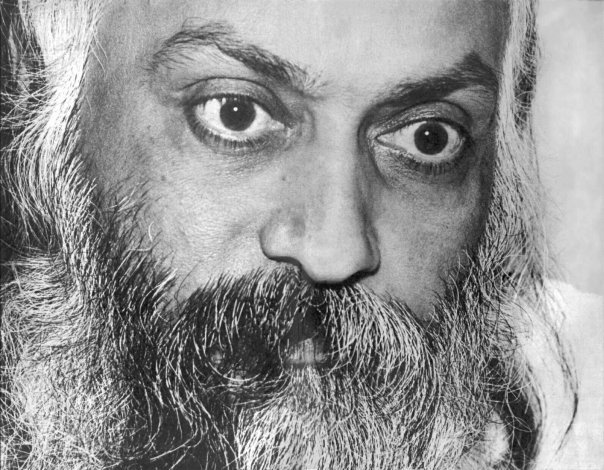 Question – What is the basic Indian Philosophy?

Osho – As far as I am concerned, I do not see philosophy as Indian or non-Indian. It is not possible. Philosophy is only universal. There can be no geographical division in the human mind. These divisions, these distinctions, are political. Indian, Japanese and German, or eastern and western – all these divisions are political. They have arisen out of the political mind. In the realm of philosophy we apply them unnecessarily.

Not only unnecessarily, but meaninglessly as well. There is no Indian philosophy as such; there cannot be. Philosophy is a universal attitude. You can see the world through three dimensions. One dimension is science: that is, thinking empirically about reality. The second dimension is philosophy: thinking about reality speculatively.

And the third dimension is religion: not thinking about reality at all, but experiencing it. Science is based on empirical experimentation, observation and objective thinking. Philosophy is based on nonempirical, speculative thinking – subjectively based. Religion transcends both. Religion is neither objective nor subjective. Religion conceives of the whole in terms of its wholeness.

That is why we use the term ’holy’. Holy means ’that which comprehends the whole’. When we call a particular type of mind the Indian mind – when we designate it as such, when we make this distinction – it is not a geographical distinction. When we say ’Indian’ – to me it means that the world, the reality, is being seen neither through science nor through philosophy, but through religion.

If you like you can say that this land – this country and the mind that has evolved here has peered into reality through religion – not through philosophy, not through science. The third dimension, religion, has been the basis for us. When you think about it, any type of thinking is bound to be nothing more than an acquaintance.

When I think about you, I am outside you. I can go around and around you, but whatever I come to know about you will just be an acquaintance. I cannot penetrate you, I cannot know you from within, so it is an acquaintance. Science is acquaintance: science is not knowledge. It has to change from moment to moment.

The outside has been left out of it. Science is a part. Philosophy, too, is a part. Only religion can be the whole, because in religion we are not dividing reality into the objective and the subjective. We are taking reality as it is, as the whole. This whole cannot be thought about; this whole can only be felt. Religion is knowing, through feeling.

India has been emphasizing feeling rather than thinking. The Indian mind, the eastern mind, has been nonthinking, nonspeculative, nonscientific – and, religious. All religions were born in the East, even Christianity. The West has not given birth to a single religion. Christianity, Islam, Hinduism, Buddhism, Jainism, Sikhism – all these religions were born in the East.

The eastern mind has looked through a third dimension. That has been its basic contribution. I am using the term ’Indian’ or ’eastern’ just to make the point clear to you. But do not call it ’Indian’, call it ’religious’, because in theWest, too, there have been persons like Eckhart, Bohme, Heidegger, Marcel and Berdayev who were religious. In a way they were eastern, though born in the West.

There have also been persons in the East who were not religious, who have thought in terms of science. In fact, the first glimpses of science came in China. But they could not be developed in the East because the eastern mind has become obsessed with the third dimension: the religious.

And the West could not develop a religious tradition because the West became obsessed with the scientific. And of course there have been persons of a philosophical leaning in both the West and the East. Now a new world is evolving, a new man is emerging out of the historical process – a man of the future who will be neither of the East nor of the West. A new mind is coming into being: a global mind, a universal mind.

So we have to discard our obsessions. The East has to discard its obsession with the third dimension: the religious; and the West has to discard its obsession with the first dimension: the empirical, the scientific. We have to see the world, the reality, through all three dimensions. Only then – through all the doors that are potentially available to human beings everywhere – can a synthesized knowledge, knowledge that is total, be gained.

A person becomes whole when he becomes three-dimensional: simultaneously philosophical, religious and scientific. If these three dimensions are in the mind simultaneously, then the mind knows reality through all the doors of perception. But as you have asked about the basic Indian philosophy, I will have to say that religion, the door of feeling, is the basic attitude in India. We have used feeling as a means of knowing.

You know about him, but you do not know him. But when you love him, you do not know the biology, the physiology, the chemistry of the body or the psychology, but you know him as he is – the total. In love, you penetrate to the innermost core, you become one with him. So love, too, becomes a dimension of knowing.