Osho on Nature of Desire and Jealousy, The nature of desire is Jewish 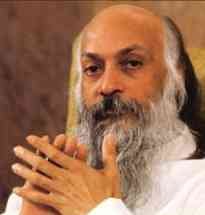 Osho -If you can become desireless, then death cannot have any sway over you. It is the desiring mind that is caught in the net of death, and we are all full of desires: desire for money, for power, for prestige, respectability — a thousand and one desires. Desires create greed, and greed creates competition, and competition creates jealousy. One thing leads to another, and we go on falling into the mess, into the turmoil of the world. It is a mad mad world, but the root cause of madness is desire.

Jealousy means somebody else has more than you have. And it is impossible to be the first in everything. You may have the largest amount of money in the world, but you may not have a beautiful face. And a beggar may make you jealous — his body, his face, his eyes, and you are jealous. A beggar can make an emperor jealous.

Napoleon was not very tall — he was only five feet five inches. I don’t see anything wrong in it; it’s perfectly alright — I am five feet five inches and I have never suffered because of it, because whether you are six feet or five feet your feet reach to the earth all the same! So where is the problem? If the five-foot person was hanging one foot above the earth, then there would have been a problem! But Napoleon suffered very much. He was continuously conscious of the fact that he was not tall. And, of course, he was amongst very tall people. The soldiers, the generals, they were all tall people and he was very short.

Napoleon was continuously self-conscious. One day he was fixing a clock and his hand could not reach it. The clock was high on the wall. His bodyguard — and bodyguards are bound to be taller people, strong people — his bodyguard said, “Wait, I am higher than you, I will fix it.”

Napoleon was very angry and he said, “Stupid! Apologize! You are not higher than me, you are simply taller. Change your word. Higher? What do you mean?” He was very much offended. And the poor bodyguard was not meaning anything insulting to him — he was not even aware that saying “higher” is offensive. Now, Napoleon had everything, but the height was the problem.

Goldstein and Weinberg were in business together and having a bad time. One day Goldstein, while taking a stroll through the woods, was all of a sudden surprised by a real fairy godmother who said to him, “I will grant you three wishes, but remember, whatever you wish for, Weinberg will get double.”

On his way back Goldstein pondered, “I would not mind a spacious mansion.” And before he realized what was happening, there it was — his mansion. But at the same time he saw Weinberg across the road proudly viewing his two villas. Goldstein repressed his jealousy and went in to see his new home. As he walked into the bedroom, a second desire struck him: “I would not mind a woman like Sophia Loren.” And sure enough, there she was — a gorgeous piece looking just like Sophia Loren. But as he looked out of the bedroom window, he saw Weinberg on his balcony with two gorgeous women.

“Well,” he sighed as he thought of the fairy godmother, “you can cut off one of my balls!”

Jealousy is jealousy…. If you cannot have all, at least you can stop anybody else having it. Jealousy becomes destructive, jealousy becomes violence. And jealousy is the shadow of desire. Desire always compares and, because of comparison there is suffering. People waste their lives in desiring, in being jealous, in comparing, and the precious time is simply lost. Even if God gives you three wishes, you will do the same as Goldstein — because the Jew exists in everybody. Only a buddha is not a Jew; otherwise everybody else is.

The nature of desire is Jewish. It wants more, it is mad for more. And those who live in desire are bound to be victims of death. Only the person who understands the foolishness of desiring, of greed, of constantly longing for more, of jealousy, of comparison, one who becomes aware of all this nonsense and drops it, goes beyond death. He becomes unseen. Buddha uses a beautiful word. He says: AND

THEN, UNSEEN, ESCAPE THE KING OF DEATH.
Death can only see a person who lives in the garments of desire. Death can only see desire. If desire is dropped, you become invisible to death; death cannot touch you, because without desire you are simply pure consciousness and nothing else. You are no longer identified with the body or the mind. You simply know one thing, that you are a witness. Death cannot see you — you can see death.
Ordinarily, death can see you, you cannot see death — because desire is gross, can be seen by death. Consciousness is invisible, it is not matter — it is pure energy, it is light. YOU can see death, but death cannot see you. And to see death is again a great experience, a hilarious experience. One starts laughing when one sees death — death is so impotent.