Osho on Surrender and How to Surrender 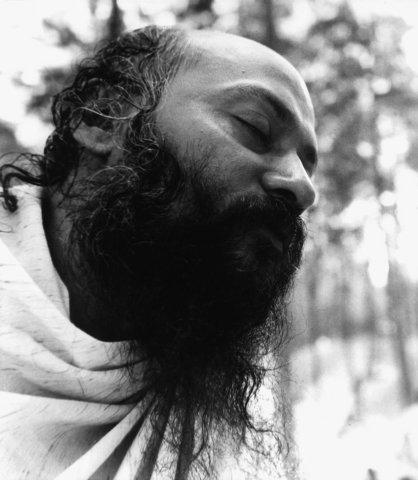 Question : WHAT IS THE MEANING OF SURRENDER? HOW IS SURRENDER?

Osho : There are a few things, you have to do them if you want to know them. There is no way to tell anything about them. And surrender is one of those things. It is a dimension of love, let-go. If you ask me what is surrender and what is the meaning of surrender, yes, something can be told to you, but that won’t carry any meaning.

I have heard about a prudish, tight-lipped old maid who would not even allow her pet cat out of the house after dark. Headed for New York on one of her infrequent outings, she paused to remind the maid about locking up that cat each evening. This time in New York, however, the old maid encountered a handsome old rogue who swept her off her feet. After four nights of blissful romancing she wired her maid, ”Having the time of my life. Let the cat out too!”

Let the cat out. When you know what love is, only then you know. There is no other way to know it. I am here creating a situation for you to surrender. Don’t ask for the meaning. Do it. Be courageous. Let it be an experience. Accept my invitation. My doors are open; enter and be my guest. Surrender.

By ”surrender,” in the West, a very wrong idea arises – as if you will be dominated by some body – because surrender has a very wrong association. It has become almost a political word in the West. The Nazis surrendered; that’s how it has become associated with politics. A surrendered one is the one who is defeated. In the East we have a totally different meaning for the term. It has nothing to do with war and nothing to do with defeat.

Have you not heard the proverb that in love defeat is the only victory? If you are defeated in love you have become victorious. Yes, that’s how it is in surrender. It has nothing to do with defeat. It is not that you are being dominated by somebody. It is not that now somebody else is going to oppress you, exploit you, that you are becoming a slave.

You would like to enter into my emptiness and be surrounded by my emptiness. Sannyas is the visible effort of surrender. Many people come to me and they say, ”We don’t take sannyas. Can’t you help us?” I say, ”I will try my best, but it won’t be of much help because you will continuously protect yourself. You will be defensive.” Sannyas is just a gesture that ”Now drop my defenses and I am ready to go with you.”

Of course, it is risky. You don’t know me yet. How can you know? If you surrender you will know; you cannot know beforehand. So it is only for very courageous people. The daredevils – it is only for them. And I exist for daredevils, those who are ready to risk their life and to go into the unknown and to see if something happens.If you are ready to go, it is going to happen.

Beloved Osho, Why is it so hard for me to surrender to a man?