Osho on Saraha tantra Vision, Saraha is the founder of Tantra vision 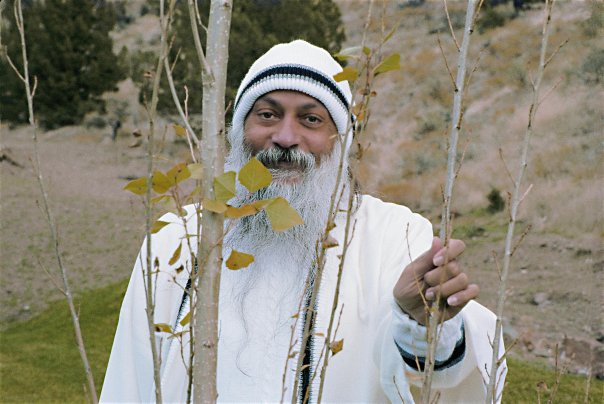 Osho : GAUTAM THE BUDDHA IS THE GREATEST MASTER who has ever walked on the earth. Christ is a great Master, so is Krishna, so is Mahavir, so is Mohammed, and many more – but Buddha still remains the greatest Master. Not that his achievement of Enlightenment is greater than anybody else’s – Enlightenment is neither less nor more – he has attained to the same quality of consciousness as Mahavir, as Christ, as Zarathustra, as Lao Tzu.

There is no question of any Enlightened man being more Enlightened than anybody else. But as far as his being a Master is concerned, Buddha is incomparable – because, through him, thousands of people have attained to Enlightenment. It has never happened with any other Master. His line has been the most fruitful line.

His family has been the most creative family up to now. He is like a big tree with so many branches – and EACH branch has been fruitful; each branch is loaded with many fruits. Mahavir remained a local phenomenon. Krishna fell into the hands of scholars and was lost. Christ was completely destroyed by the priests. Much could have happened, but it didn’t happen. Buddha has been tremendously fortunate in this.

Not that the priests have not tried, not that the scholars have not tried they have done all that they can do but somehow Buddha’s teaching was devised in such a way that it could not be destroyed. It is still alive. Even after twenty-five centuries, a few flowers come on his tree, it still blooms. Spring comes, and still it releases fragrance, it still bears fruit.

Saraha is also a fruit of the same tree. Saraha was born about two centuries after Buddha. He was in the direct line of a different branch. One branch moves from Mahakashyap to Bodhidharma and Zen is born – and it is still full of flowers, that branch. Another branch moves from Buddha to his son, Rahul Bhadra, and from Rahul Bhadra to Sri Kirti, and from Sri Kirti to Saraha, and from Saraha to Nargarjuna – that is the Tantra branch.

They are the very foundation of Tantra. You will have to understand first the Tantra attitude towards life, the Tantra vision of life.The most basic thing about Tantra is this – and very radical, revolutionary, rebellious – the basic vision is that the world is not divided into the lower and the higher, but that the world is one piece.

Poison and nectar are two phases of the same energy, so are life and death – and so is every thing: day and night, love and hate, sex and superconsciousness. Tantra says: Never condemn anything – the attitude of condemnation is the stupid attitude.

By condemning something, you are denying yourself the possibility that would have become available to you if you had evolved the lower. Don’t condemn the mud, because the lotus is hidden in the mud; use the mud to produce the lotus. Of course, the mud is not the lotus yet, but it can be. And the creative person, the religious person, will help the mud to release its lotus so that the lotus can be freed from the mud.

Saraha is the founder of the Tantra vision. It is of tremendous import, and particularly for the present moment in human history, because a new man is striving to be born, a new consciousness is knocking on the doors. And the future is going to be that of Tantra, because now no more dual attitudes can hold man’s mind.